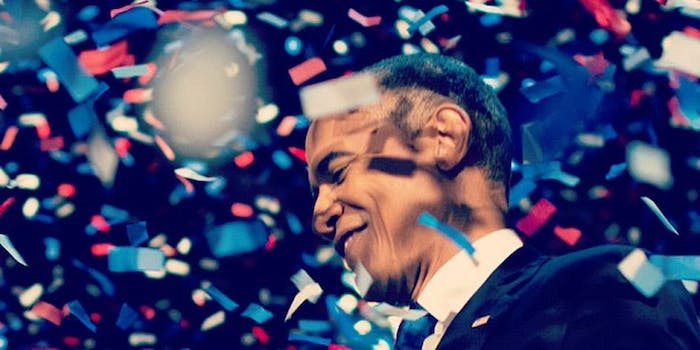 One of the lucky employee's duties will be putting together a training program and Instagram best practices for those in the halls of power.

Instagram is taking over the world, and now it wants the planet’s leaders to become a bigger presence in the community.

Parent company Facebook is hiring a political outreach manager to be based in Washington D.C. The new hire’s remit will involve getting to know “governments, politicians and political influencers” and nudge them towards using Instagram a little better. One of the lucky employee’s duties will be putting together a training program and Instagram best practices for those in the halls of power.

Ad Week noted a number of prominent politicians in the U.S. do have Instagram accounts, but users don’t often engage with their photos. Sticking a flag with an Instagram logo into Capitol Hill is probably a smart move for Facebook, and here’s why.

People love to take a sneak peek behind the velvet ropes of people in the public eye. Giving a glimpse into what really goes on in the vaunted offices of the White House, Senate, and House will surely help elected officials rack up followers and give them a solid platform for grandstanding.

Photos are a powerful way of conveying a message. The most retweeted tweet of all time is an Instagram shot of Barack Obama hugging his wife, Michelle, after the 2012 presidential election was called in his favor.

Certain Web communities have proven to be extremely effective for some politicians in the last few years. Newark, N.J., mayor Cory Booker has used Twitter to increase his profile (and document his acts of heroism) ahead of his Senate bid, while Obama’s campaign used the Internet to galvanise supporters and help him win the 2008 election.

Instagram is just another piece of the puzzle, and perhaps an important one. Lest politicians forget, there are more than 130 million people using Instagram now. If you want to appeal to the electorate, you’ve got to be where they are and you’ve got to fit into the community.

There’s a culture on Instagram of both sharing beautiful, well-composed images and in-the-moment photos. Granted, most politicians aren’t likely to be expert photographers, but they can always bring in an intern to snap compelling, carefully constructed images while they capture more candid photos themselves.

There’s also the video aspect of Instagram. The company recently introduced a video-sharing tool and it was an immediate hit, with more than 5 million clips posted in the first day. The feature is an obvious competitor to Vine, Twitter’s video-sharing community. There are clear differences between the two, notably the limit on the length of videos users can record and share. For Vine, it’s six seconds. For Instagram, it’s 15. Certain Instagram videos do feel like a drag because of the longer length, but it might be a boon for politicians.

Those in the corridors of power sure do love to hear themselves talk. “Why use one word when six will do?” they undoubtedly ask themselves. Instagram’s longer limit opens the door for politicians to get their message across without having to skimp on meaningless words in their edicts.

If politicians do buy into Instagram’s plans to get them sharing photos and involved in the community, they probably should exercise common sense and think twice before posting anything. Otherwise, they might take a page out of Australia Prime Minister Kevin Rudd’s book and share selfies of their shaving cuts. No one needs to see that.