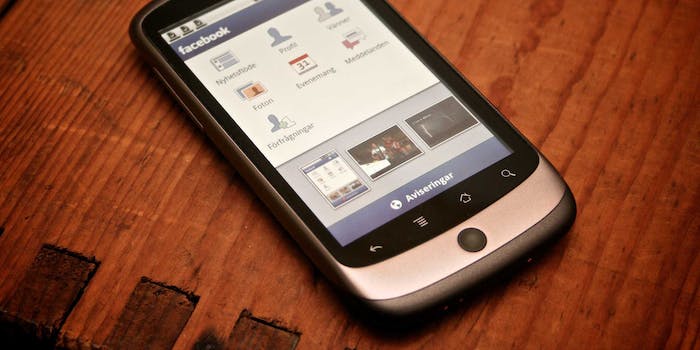 A purported new app lets Facebook make calls for you.

Facebook hasn’t had much luck in trying to get people to willingly adopt its full blown phone or Android launcher, so now the social network has a new strategy: creating apps that gradually overtake your phone. If a screenshot leaked to Android Police is to be believed, Facebook is working on a standalone phone app named, fittingly, Phone.

Phone appears to take over as a dialer and caller ID for the rare occasions you use your phone for actual calls. The app will show you “who’s calling and automatically blocks calls from commonly blocked numbers.” Basically, Phone uses Facebook as a caller ID system. 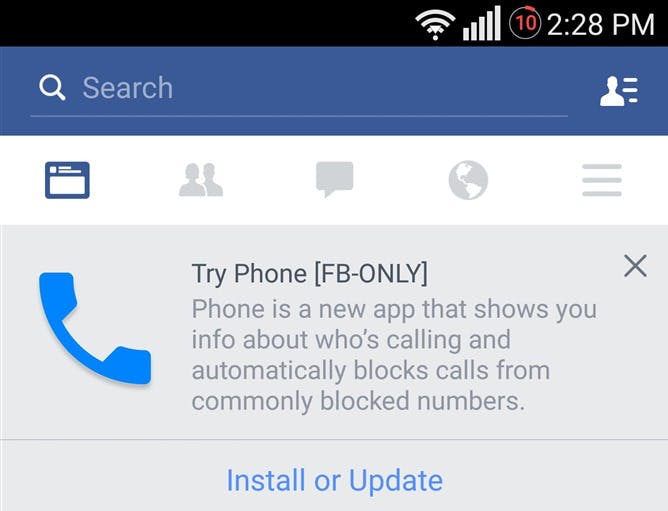 It all sounds pretty standard for a dialer, though there is sure to be extra integration with your social network—perhaps including a caller’s profile picture or recent status. The real question is what kind of data can Facebook glean from your phone calls and what will it do with that information?

If and when Phone sees the light of day, it will mark the addition of another offshoot app to the Facebook portfolio—an apparent sign of Facebook’s utter boredom with its primary product. It feels like original Facebook has reached the end of the line (the spin-offs and redesigns are often quickly abandoned or forgotten). Now the focus is being turned on complementary services.

Recent reports indicate that Facebook intends to turn Messenger into its own platform that third parties will be able to build features on top of. The social network has already put a fair amount of time into polishing Messenger, as evidence by recent release of its peer-to-peer payment feature and the addition of features like stickers.