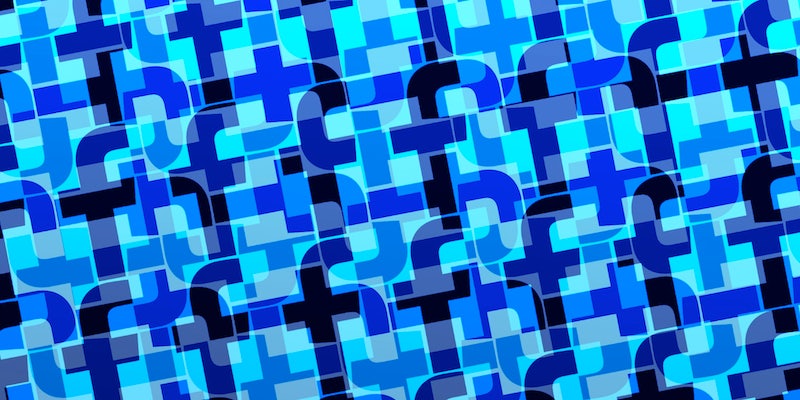 Banks might judge your friends before giving you a loan.

According to a new patent, Facebook could keep you from getting a car loan.

A patent secured by the social network details technology that would enable lenders to look at your friends’ credit histories before approving you for a loan. Included with the filing is a diagram of the steps necessary to determine whether or not a person would get approved for a loan based on Facebook friends. 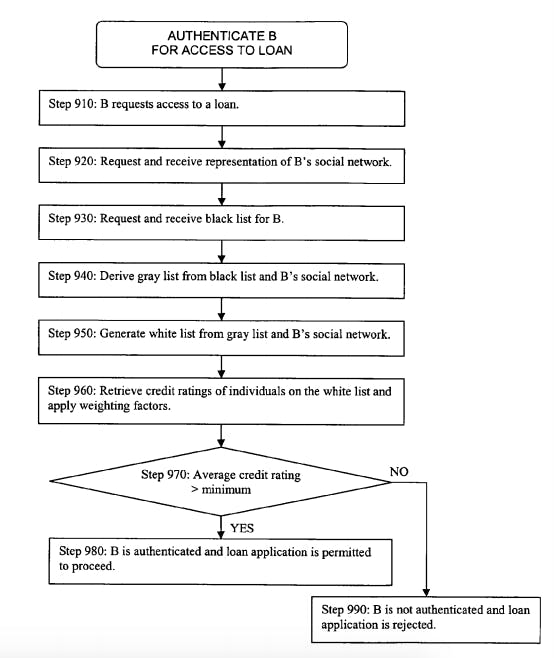 The patent describes ways of filtering communications between groups of friends and extended networks to prevent things like spam and harassment. Additionally, it would enable certain services to monitor your friends list. If you found yourself connected to someone on a “black list” of untrustworthy users, you could be denied access to certain information.

In a fourth embodiment of the invention, the service provider is a lender. When an individual applies for a loan, the lender examines the credit ratings of members of the individual’s social network who are connected to the individual through authorized nodes. If the average credit rating of these members is at least a minimum credit score, the lender continues to process the loan application. Otherwise, the loan application is rejected. [emphasis added]

This patent is nearly identical to one filed on behalf of Friendster in 2004. The inventor listed on both patents is Christopher Lunt, the senior director of engineering at Friendster between 2003 and 2005. You might recall Facebook scooping up $40 million worth of Friendster’s patents back in 2010, and it looks like this spam prevention patent was one of them.

The bit about loan companies scraping your friend networks isn’t necessarily the crux of the patent, although it does go into some detail about how that might work. Essentially, a lender would be making a judgement on an individual based on data about his or her friends. You could have a perfect credit score, but if your friends have bad or poorly-established credit histories, lenders could decide to reject you.

It’s unclear what Facebook is planning to do with this technology, if anything at all. Facebook declined to comment on the record about the patent and the possibility of enforcing restrictions on communication and services through your social graph.

Banks and lenders already have a pretty comprehensive set of criteria for giving people loans, including occasionally judging someone’s character when applying for a business loan. Using Facebook wouldn’t be too far out of the realm of possibility, though it’s unlikely it would be realized anytime soon, if at all. But if the patent exists, so does the possibility.

As much social utility as Facebook provides, this odd patent underscores the network’s sprawling data reach—and how it might further extend its tendrils into the real world.

Facebook already manipulates (or “curates”) the news you see and the friends you connect with. If the plan detailed in this patent came to pass (which happily doesn’t seem likely in the foreseeable future), Facebook could decide whether or not you can buy a car or a house too.