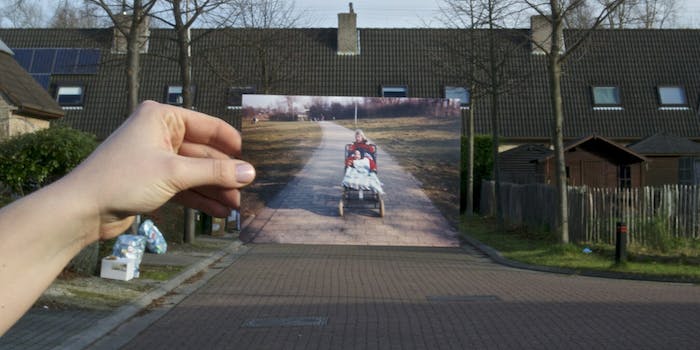 You'll no longer need to be reminded of that ex.

Anyone who has used Facebook’s “On This Day” feature has likely experienced some memories they’d rather forget.

Whether it’s photos of exes or status updates from friends who passed away, Facebook’s nostalgia machine regularly reminds us of people and places we once thought lost in the annals of the Internet.

If On This Day’s habit of dredging up bad memories disturbs you, you’ll be glad to know that you’ll soon be able to modify these memories. Facebook finally rolled out a feature that lets you set preferences for people and dates you don’t want to see in your flashbacks. The new feature brings a much-needed filter to On This Day, the Timehop-like daily reminder of your Facebook history that launched in March.

On This Day shows photos you’ve been tagged in, messages posted to your wall, status updates, major life events, and the beginnings of Facebook friendships. To remove certain people or dates, go to the “On This Day,” page and click “preferences” in the top-right corner. 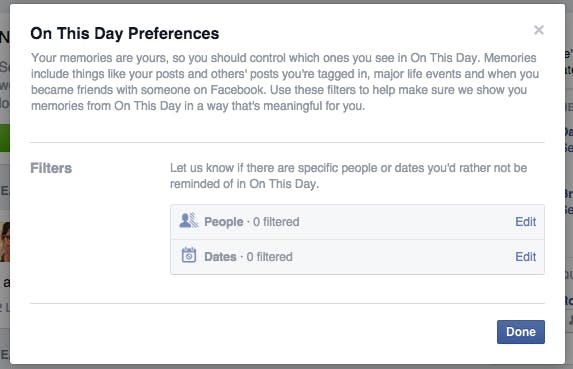 On This Day, designed to get you to spend even more time scrolling through status updates and photos you’ve already seen, isn’t the only feature that elicits sadness or negative feedback from people. Last year, Facebook rolled out a Say Thanks videos in time for Thanksgiving, but it exploited our sentimentality and prompted uncomfortable reminders of Facebook relationships that people might not actually be thankful for.

Now that Facebook finally lets you modify its reminders, your heartstrings might not be tugged quite so much. Of course, it’s possible to just ignore On This Day entirely—simply turn off notifications and never click on it.