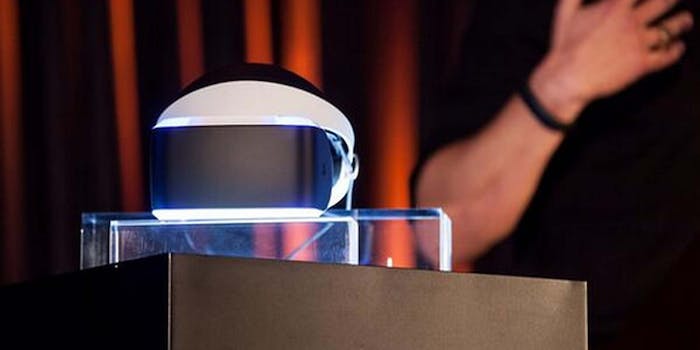 Facebook CEO Mark Zuckerberg recently purchased the Oculus Rift for an astonishing $2 billion. It seems, however, that he was scoping out the competition right before his purchase, most notably Sony’s Project Morpheus.

During the Games Marketing Summit 2014, PlayStation marketing executive Guy Longworth stated that Zuckerberg asked “can I have a tech demo?” Longworth wondered why the CEO of Facebook would want to see Sony’s new technology.

It all became remarkably clear after the Oculus purchase. It seemed that Zuckerberg wanted to be sure that he was investing in solid technology with the Oculus.

Sony, however, isn’t upset with the Oculus buyout, but rather finds it as a validation of their own efforts. Head of Sony Computer Entertainment’s Worldwide Studios, Shuhei Yoshida, remembers when he read the buyout headline. “I was like, yeah!” exclaimed Yoshida in an interview with Engadget. He also believed that with Facebook moving into this space, it shows the broader appeal of VR beyond gaming.

Rumor has it that Microsoft has also started heavily investing in its own virtual reality technology. TechCrunch has heard from sources that Microsoft has purchased $150 million in wearable computing patents from the Osterhout Design Group. With E3 around the corner, the largest gaming expo in North America, it’s going to be interesting to see how strong the presence of VR technology will be.