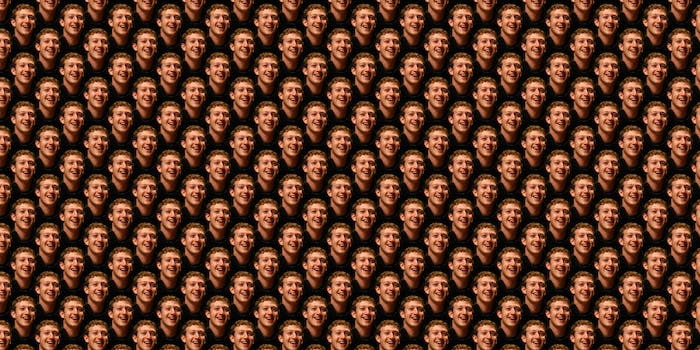 Facebook lets users say what they want to read, for once.

In a change that will be rolling out starting today, Facebook is finally giving its users increased control over the content they see. It’s odd timing, given that in a kind of zany live Q&A on Facebook’s campus yesterday Mark Zuckerberg alluded to Facebook’s intention to give user more tools for tweaking the News Feed “in the next year.” And then today, Facebook announced the update on its company Newsroom blog.

The changes are both welcome and overdue. The News Feed remains difficult to sort and navigate, with users left to the whims of Facebook’s secret algorithm, which determines the kind of posts that are served up through the feed rather than buried. The formula is tweaked often in a way that is not at all transparent, as Facebook walks the delicate line between pleasing the brands that pay for promoted content on its platform and making sure its more than 1 billion users don’t grow restless.

You might not see the changes live yet, but the company says they will be rolling out soon to both its mobile app and its regular desktop portal. On mobile, the new tools will can be found under the “more” menu in the “help and settings” section.

“We want to make it so you always see the most important stuff,” Zuckerberg said during the Q&A. “That’s a lot of what we do on our News Feed team: find signals. If you tend to read news and not look at pictures, we want to try to show you more news. If you only want to see stories from your friends and not public content, then we should skew it that way.”

Now, users won’t have to dig through quite as many menus to tell Facebook what that signal is exactly. Here’s what the features, which allow for much, much easier unfollowing, will look like:

As Facebook just noted, users see only about 8 to 10 percent of the total content shared with them on a given day, which is an average of roughly 1,500 posts. Facebook wants to make that less random and more tailored to individual users, all in its effort to become what Zuckerberg called “the perfect personalized newspaper for everyone in the world.”

Photo via Jason McElweenie (CC BY 2.0) | Remix by Jason Reed