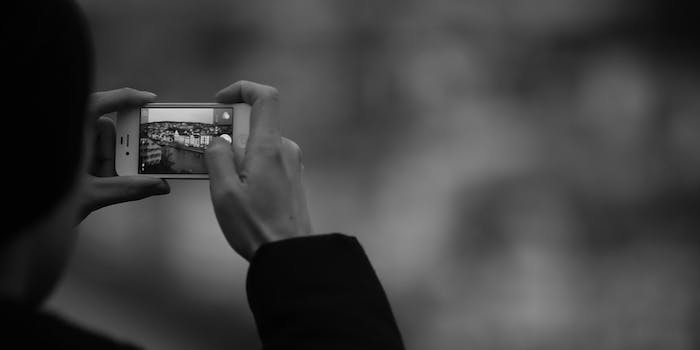 Facebook’s new photos app is powered by your face

Facebook’s latest standalone app uses facial recognition to identify your friends in photos on your camera roll and share pictures privately in groups. Called Moments, the app aims be a catch-all for those photos you take at weddings or parties that you never end up sharing to Facebook.

Moments is powered by the same face-tracking technology Facebook uses to serve up tag suggestions in its applications. You know, that creepy feature that somehow knows exactly which one of your friends you’re posing with at the bar.

However, Moments is private, designed to be a personal photo album shared with only the people who are in the photos, unlike Facebook which lets any of your friends see photos you post. Once you sync photos of the event and share with friends in Moments, they can choose to upload any or all of them to Facebook or Instagram, or anywhere else on the Internet.

Facebook determines how to create albums based on both faces and the time they were taken. So, if you were with your best friend camping one weekend, and hung out with her again for a birthday party the next, she will appear in two separate albums.

The idea of having one shareable album for each life event seems helpful, but it also raises a few questions in terms of being a standalone app. For instance, why wouldn’t you just share those photos to a private Facebook album? And aren’t most of the photos that don’t make it to Facebook not shared for a reason? I doubt I’m the only one that only likes to share the best versions of life snapshots. But Moments is a product born out of Facebook Creative Labs, the studio accustomed to making experimental apps with a propensity for failure, just to see if it’s something people might want.

Moments is in part a result of Facebook doubling down on artificial intelligence. In recent months, the company hired AI geniuses to run its AI laboratory, and open-sourced software it uses to create machine learning and AI environments.

While seemingly creepy and intrusive, Facebook’s AI research is doing more than just tagging friends at social events. According to CNN, Facebook is working on a way to use the technology to describe photos to visually-impaired users through audio text descriptions of each photo.

If you don’t want Facebook to recognize your face when friends open up their camera rolls to the company, you can opt-out through Facebook Settings. Moments is available on iOS and Android.

Facebook is counting on people to accept the somewhat unnerving reality that facial-recognition is basically unavoidable at this point. If you have a Facebook account, Facebook can recognize your face, whether or not you ask it not to provide you as a tag suggestion in pictures. Google, too, is using our desire to organize photos as a reason for us to allow it to track our facial identities.

The question still remains—are we ready to give up our privacy simply for a better way to organize photos? Facebook is counting on it.