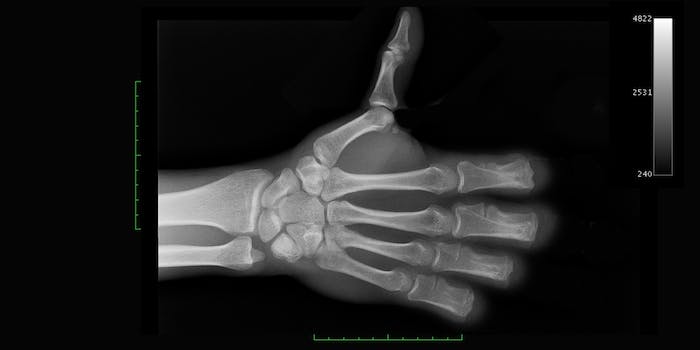 Facebook’s plan to get in on healthcare faces major hurdles

Would you trust the social network with your insurance information?

According to a report in Reuters, Facebook is in the process of launching several initiatives that would take the social network into the business of healthcare, an area of interest to its CEO, Mark Zuckerberg.

Facebook’s proposed entry into health care would include the development of support communities and preventative care applications. The company has dipped its toe into the world of healthcare before: Back in 2012 it added an organ-donor status initiative that allowed members to specify their organ donor-status. According to the American Journal of Transplantation, more than 13,054  people registered to be organ donors online in the United States as a result of that program.

The well being of others has been a personal focus for Zuckerberg. The Facebook CEO Zuckerberg and his wife Priscilla Chan, a pediatric resident at University of California San Francisco, recently donated $5 million to the Ravenswood Health Center in East Palo Alto. In late 2103, Zuckerberg donated $1 billion to the Silicon Valley Community Foundation whose work includes a number of healthcare projects.

As noble as Facebook’s intentions may be, the company has at least three major obstacles to overcome before becoming a significant force in providing its members value related to healthcare issues and concerns.

The competition is already there

A number of self-perpetuating online communities already exist for nearly every ailment or medical issue ranging from diabetes to alcoholism and depression. Social network providers such as Alliance Health have been offering the platform or framework for networks that bring together those suffering from arthritis and diabetes to share their stories and connect with others facing similar medical challenges.

A great number of these communities are built from the bottom up, meaning members originally created them using free or open-source software. Often funded by donations, these groups grow organically generally by word of mouth, and the message remains clear that the members are in charge. Also, personal privacy and settings are top priority.

Obviously, Facebook’s would use more of a top-down approach. It would bring the platform and technology to users, and hope that would like the already-created community and fully-featured network enough to give up a degree of power.

The risk for medical professionals is high

While providing those with healthcare issues the ability to interact with one another, greater value comes when experienced physicians take part in guiding conversations and offering advice.

However, guidelines for medical professionals dispensing advice online is a murky area. The American College of Physicians (ACP) and the Federation of State Medical Boards (FSMB) released a 2013 report that urged healthcare providers to carefully consider their actions when using social media or other forms of electronic communication. The paper emphasizes the importance of following the same ethical standards for maintaining the physician-patient relationship, confidentiality, patient privacy, and respect for individuals online or offline.

This opens to door to the possibility of physicians willing to work around such issues as client confidentiality to gain notoriety online… which is not necessarily something we should want in order to get access to healthcare over the Internet.

Without chronicling every data breach and every misstep Facebook has made relating to securing or sharing its members profile information and online behavior, it’s a safe to say its users don’t trust Facebook. Without trust, any sort of effort that deals with sensitive, personal healthcare issues is a major non-starter.

But when have “non-starters” ever held Facebook back from striking at an opportunity?