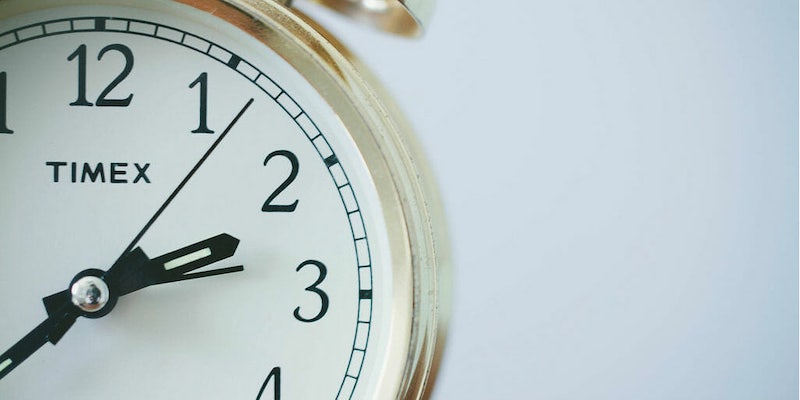 What time is it? 10 trillion flicks past the hour.

Facebook invented its own unit of time because manipulating 2 billion people apparently wasn’t enough power. To its credit, the unit is a clever way of working with complicated audio and video measurements.

Announced on Twitter by the company’s Open Source group, the new time unit is called the “flick.” It was created for visual effects artists, movie and TV producers, video game studios, and other content creators, as a way to accurately keep track of time.

A single flick is exactly 1/705600000 of a second, a unit that divides nicely into important numbers used in media production to create 1-frame and 1-second intervals.

Instead of using 24 frames-per-second (1/24 of a second), or this awkward decimal: .041666…, producers can divide the frame rate into flicks and come out with a round number. Using our example, video at 24fps is running at 29.4 million flicks, a pleasing number that doesn’t risk the uncertainty of repeating decimal places. The same works for 120fps, the standard refresh rate of TVs, or 60fps, the rate at which a camera shoots to capture high-speed video.

Still confused? Imagine a video game studio building a first-person shooter from the ground up. They are working with loads of animations and multiple layers of sound all moving at a different speed. The completed product needs to somehow put all of those things together harmoniously. Using seconds (or milliseconds) comes with a significant margin of error when you’re looking for that level of granularity. For example, a video game running at 60fps gets a time label of 16.666 (repeating) milliseconds per frame. That’s not only messy to work with, but it can also lead to rounding errors. Now, visual effects artists can take that same frame rate and use 11.76 million flicks as a timecode.

Interestingly, the flick was created by an employee at Facebook’s Oculus VR branch, so we wouldn’t be surprised if it’s being used to create simulated worlds.