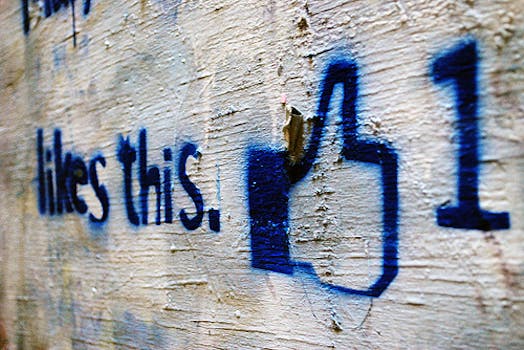 You can in fact buy friends—or at least fans

A new study out shows that Facebook fans run companies nearly $10 a friend.

How much does it cost to acquire a new fan on Facebook? Just $9.56.

That’s according to a study recently published by SocialCode, a social-media marketing firm that, surprisingly, only has 1,045 Likes on the Facebook.

This, along with other studies, is a not-so-gentle  reminder to Facebook users that their activity on the social network is being monetized one thumbs-up at a time.

The study, which assumes a constant cost-per-click of $1, was based on 50 SocialCode clients. Looking at 5 million Facebook ads placed between May and September, the firm measured the cost of both acquiring new fans and compared the cost of getting new and old fans to perform desired actions: app install, contest submission, contest voting, program sign-up, purchases, sweepstakes entry, and fan acquisition, which in the case of previous fans, meant successful conversion to a sub-brand.

Social Code arrived at the aggregated total of $9.56 by dividing the cost of clicks by the total actions. Across the board, it was significantly easier and cheaper to prompt existing fans.

The results differ strongly from previous studies. From AdAge: “Vitrue determined the value of a fan to be $3.60 back in April 2010, based on the amount of exposure fans generate for a brand in their friends’ news feeds. Meanwhile, in June 2010, social-media management firm Syncapse assessed the value of the average fan to be $136.38 based on the lifetime value of the consumer in terms of spending, customer loyalty and propensity to recommend the brand to others.”

The results have spurred lively debate pretty much everywhere they’ve been published.

“What this study is missing is that viral effect and value of that ‘Implied Endorsement’,” noted David Gibson in the AdAge forum.

The results could be more of an advertisement for SocialCode’s marketing strategies than a reflection of the actual price tag for building a substantial Facebook following.