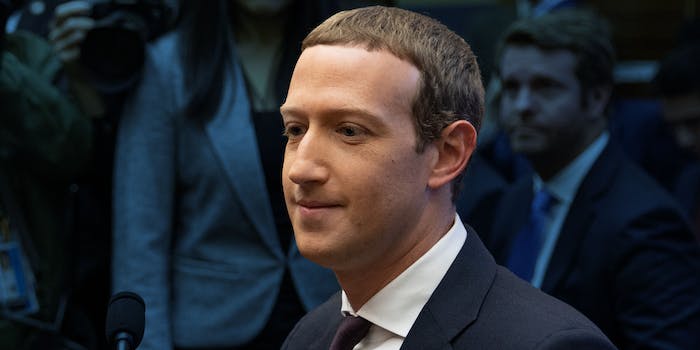 The app was only available to employees.

Facebook built a facial recognition tool that could be used by employees to scan faces of their friends who had certain features activated on the social media giant, according to a new report.

Motherboard published screenshots and details about the company’s internal facial recognition tool on Wednesday. The app was created by the company sometime between 2015 and 2016 and was only available to employees.

The tool would allow employees to point the app at someone and it would recognize whether they were friends with the employee on the platform, according to the report. It would also link to their profile. Their friends would have to have a feature turned on that allowed facial recognition technology to be used on their profile and photos on Facebook.

Screenshots published by Motherboard showed that a pop-up would flash over a person’s face saying “you are friends” or “unable to recognize :(.”

The app’s ability to point it at someone and have it spit back information is similar to an app developed by Clearview AI, a controversial startup that created a facial recognition app that scans a picture of a face against a database of public-facing photos scrapped from social media sites.

Business Insider reported on the existence of the app last year. Facebook told both news outlets that the app was only available for employees, and it did not have any intention of releasing the tool publicly.

Last year, Facebook agreed to pay $550 million in a settlement stemming from a facial recognition lawsuit brought up against them in Illinois. The suit alleged that the company violated the Illinois Biometric Information Privacy Act, which requires consent to be obtained by state residents before a third party gathers biometric data.

Facebook’s use of facial recognition to suggest people be tagged in user photos was at the heart of the suit.

A lawsuit has also been brought up against Clearview AI, alleging that it broke the same Illinois law.