On the ground at Facebook F8, a Disneyland for developers

Selfie sticks, taco breaks, and Patagonia jackets. What more could you want?

The sun warmed the air around the Fort Mason conference center as a cool breeze came across the Bay. Alcatraz sat in the distance, perfectly visible thanks to the absence of San Francisco’s usual fog. In fact, the only fog in the entire Facebook F8 developer conference came from expertly placed fog machines, so attendees were constantly wondering whether they needed glasses or if Facebook was trying to manufacture a weird atmosphere for reasons beyond us.

Like most technology events, backpacks abounded, and pop music streamed from speakers throughout the demonstrations and in between keynotes as developers ran from panel to panel, hoping to understand how Facebook is manipulating the News Feed and using Oculus to create entirely new versions of reality.

Last year, the Fjallraven backpack was the talk of the conference, as attendees picked up brightly-colored backpacks to replace the drab black ones they wore. This year, conference attendees scored Patagonia vests, retailing upwards of $80, embroidered with the F8 logo discreetly on the chest. 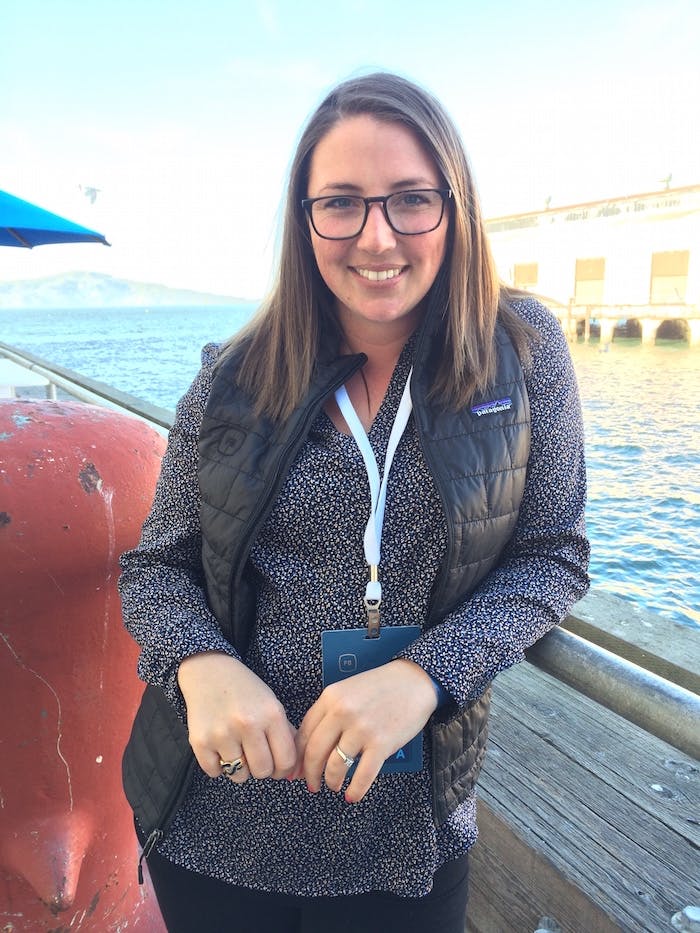 Between swag, the Developer Garage, and afternoon ice cream, F8 was more like an amusement park for developers than a conference.

But even Disneyland has sticky fingers and long lines, and Facebook’s over-produced, perfectly choreographed event wasn’t without its own flaws. One of them: startup guerilla marketing.

When I first arrived to the conference, I was greeted by men in white bodysuits. They had no Facebook affiliation, but were distributing stickers with their startup logo on them. “Ditty” the sticker read, and more often than not someone would walk by and ignore their outstretched hand. I tried to ignore them, too, and then doubled back to ask what they were possibly doing there. 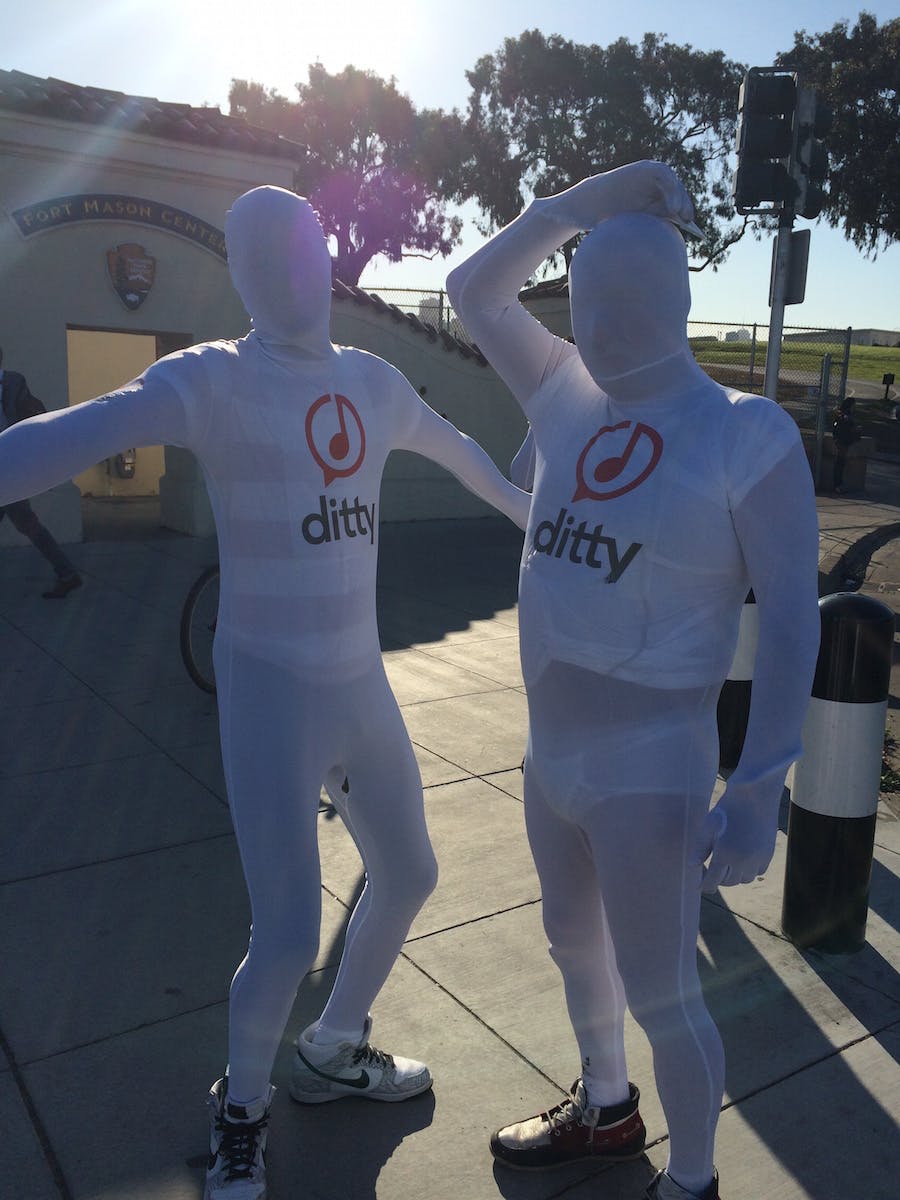 They explained through white bodysuits that they were one of the applications launching on a new Facebook feature, which turned out to be Messenger Platform.

It was one of the more muted examples of the tech industry’s cultural awkwardness, but there were more pointed ones. When WhatsApp cofounder Brian Acton was asked about sharing resources and ideas in the market, he said: “We exist and coexist independently. If anything, it’s spirit of brotherhood, we interoperate. We share ideas, technologies, and infrastructure.”

The phrase “brotherhood,” is intrinsically gendered, and though Acton didn’t refer to the company itself being a boy’s club, it’s a symptom of structurally sexist language that finds its way into the tech industry, both in the boardroom and at high-profile events.

Of course, the constant catering of event attendees, many of whom were journalists writing about Facebook and its announcements, is the flashiest flaw.

In the mornings, breakfast was served—quintessentially San Franciscan breakfast burritos. There was a taco break in the afternoon on Wednesday with plenty of hot sauce and corn tortillas, and on Thursday, ice cream stands popped up on every corner, and chocolate ice cream bars melted quickly in the sun.

Lyft provided free rides to and from the event. 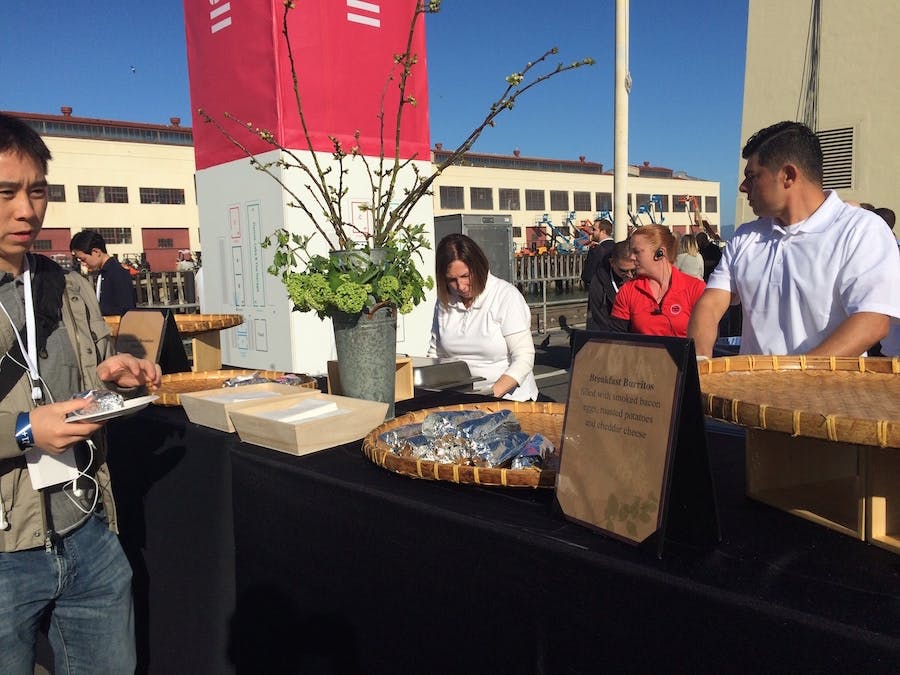 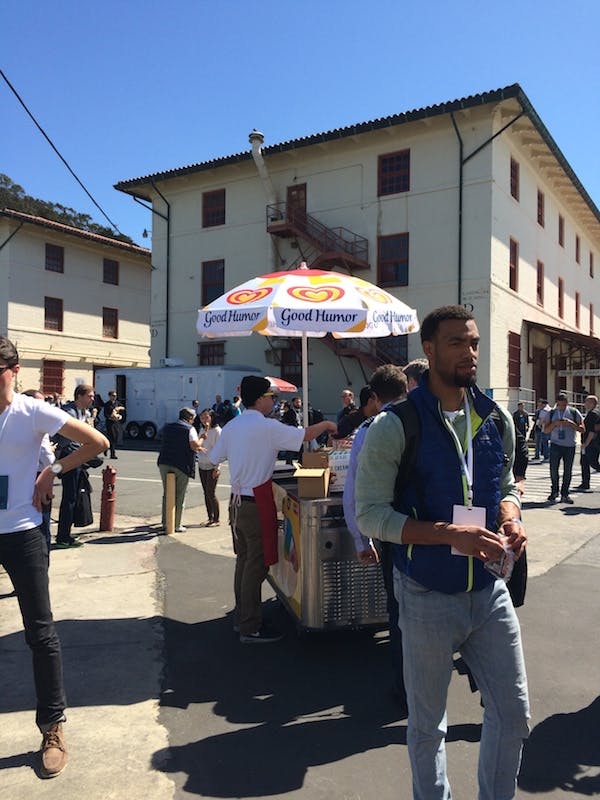 Lines for the Patagonia vests were arranged by size, an awkward situation, as a few people pointed out. Many of those who picked them up on Wednesday wore them to the conference the next day, even though the weather was unseasonably warm.

Along with expensive apparel, selfie sticks were provided as conference swag, and more than a few people held their hands out to capture their moment in the sun. 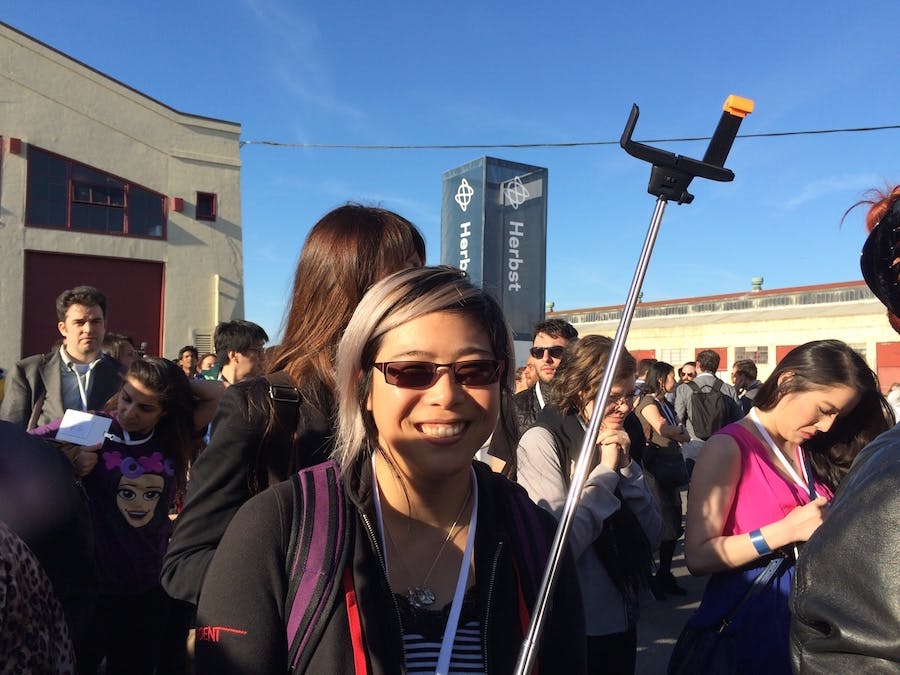 Continuing its history of hiring high-profile DJs to entertain the conference, Deadmau5 played. His set started around 6pm, and fans and exhausted developers tried to wrangle their backpacks and dance simultaneously.

Facebook could have just as easily announced its new Messenger Platform, Parse’s Internet of Things software development kits, and Oculus lectures as press releases, and the reporters who were on covering F8 from the ground and via livestream would written about them just the same.

But F8 is Facebook’s way of asserting its dominance in our phones and on our faces, and throwing what amounts to a party for the group of developers who are contributing to the growing machine gives Facebook some “cool factor.” Facebook takes times to celebrate Facebook and its plans for the future.

And for the rest of us, it’s a not so subtle reminder that it’s really Facebook’s world and we’re just living in it.