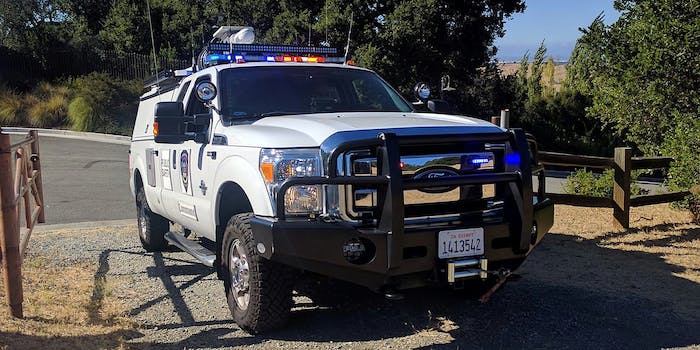 A Facebook executive in California had his home surrounded by police after a false report claimed he had been involved in an active shooting that included hostages and pipe bombs.

The incident began Tuesday evening after police in Palo Alto received a call around 9pm PST from an individual claiming to be the executive. The caller, who used a blocked number, gave police the executive’s home address and claimed to have just shot his wife before tying up their children.

Police were warned that any attempts to intervene would be met with violence and that a slew of pipe bombs had been placed throughout the home.

A group of officers and crisis negotiators were dispatched to the residence and used a loudspeaker to order the cybersecurity executive out of his home. After detaining the Facebook employee and a female, police concluded that no shots had been fired and that no children or explosives were present.

The Palo Alto Police released a statement Wednesday confirming that the incident had been a hoax. Such occurrences, often referred to as “swatting,” are made by prank callers in an attempt to bring a heavy police response to someone’s home.

“Hoax threats such as this are not only criminal in nature, but they also create a great deal of stress and anxiety for neighbors,” the statement read. “The law enforcement response to this incident took officers away from their other important duties and calls.”

In a statement posted by Ars Technica, Facebook thanked Palo Alto officials “for their swift and thoughtful response.”

“They quickly identified this as a prank, and we are glad that our colleague and his family are safe,” Facebook said.

The reasoning behind the prank appears to be currently unknown. Swatting calls are often associated with the online gaming community, where players have targeted their rivals with reports of violence to the police.

A 28-year-old Kansan man was shot and killed by police last year in a swatting incident following a dispute over an online Call of Duty game.