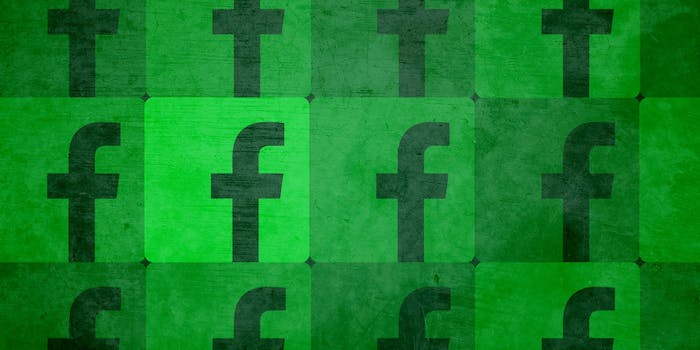 Facebook has over one billion active daily users, is worth more than Walmart and General Motors, and has a 10-year plan for world domination, but there’s one thing the world’s largest social network just can’t do: build a decent camera app.

According to a report from the Wall Street Journal, Facebook is currently developing a stand-alone camera app aimed to encourage people to take and share more photos. The app supposedly will open directly to the camera a la Snapchat and will emphasize the ability to live stream through Facebook Live.

While there’s a good chance the app never sees the light of day, its development is indicative of Facebook’s concern about the growing passivity of its users. People aren’t sharing as much original content anymore, and Facebook wants to encourage them to be more active.

To solve that problem, Facebook will have to address another looming issue that has plagued the service for years: its complete inability to create a camera app on its own.The camera app is Zuckerberg’s white whale; he’s been chasing it since 2012 and has come up short every time.

The first attempt was–as are almost all of Facebook’s standalone apps–an attempt to clone a successful competitor and steal some of its shine. The cleverly named Facebook Camera arrived in May of 2012 and offered photo filters a la Instagram. It also was released just a month after Facebook dropped $1 billion to buy Instagram and was almost immediately abandoned as Facebook rolled Camera’s features into the flagship app and stopped offering updates for it.

Next up on Facebook’s misguided efforts to knock off anything successful, the company gave the public Poke, a transparent clone of Snapchat. Zuckerberg bragged that the app took just 12 days to build and may have written the code himself, which isn’t all that impressive considering the app’s function and even the interface was nearly identical to Snapchat.

Just like Camera, Poke was bad and no one used it. Fittingly, the two apps were unceremoniously dumped by Facebook in May of 2014, done in one fell swoop as the company tried to wipe clean its slate of utter failures.

Unfortunately, Facebook just couldn’t help itself and released another camera-centric app one month later. Slingshot offered a striking resemblance to Snapchat (again) with the added ability to request a response from the recipient of a photo, but the app resonated with exactly no one and was removed from the App Store in December of 2015.

If Facebook’s latest crack at a camera app does make it to the App Store, the countdown will begin for how long it will last before being killed off like all those that came before it. The (very low) bar is set at two years.