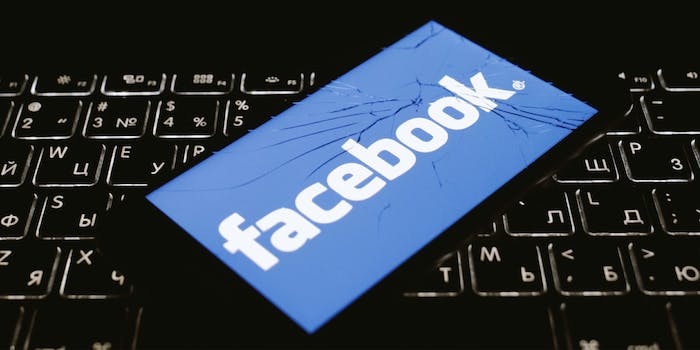 Twitter users on Monday reported a strange Facebook bug which saw old message threads popping up on users’ Messenger tabs as unread. The company confirms that the issue has been resolved, but not before users were inconvenienced by the strange glitch.

While it’s certainly not the most concerning of Facebook issues flagged this month, the odd and annoying occurrence plagued users for hours. Some people reported dozens of old messages clogging their notifications. Others reported messages from exes or deceased loved ones coming back to haunt them.

Mashable received a statement from a Facebook spokesperson about the bug: “Earlier today, some people may have experienced Facebook resending older messages … The issue, caused by software updates, has been fully resolved. We’re sorry for any inconvenience.”

Thank you @facebook for sending me notifications of messages sent over a year old. I got today like 50 of them in 15 minutes I had spend on FB today

Thank you #facebook for sending me notifications of messages sent over a year old. 😣

One user called the glitch a “Facebook tour of worst days,” when the bug alerted them to old messages about people dying or being hospitalized.

The Verge reports that users must delete any old message threads or the entirety of them will remain on Facebook.

Facebook saw similar complaints arise when it launched On This Day in 2017, which aimed to milk the nostalgia of an old Facebook memory. Unfortunately, the site didn’t cherry-pick the good memories. People saw posts about hard and sometimes painful occurrences flooding their feeds.

The issue with old messages was quickly resolved, but not before plenty of people were irritated and traumatized by their forgotten conversations. Facebook’s struggled in the PR department this year, facing backlash over privacy concerns. This isn’t helping.