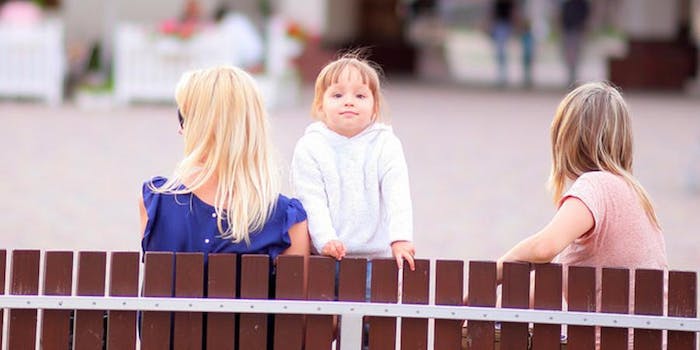 You know AMBER Alerts, the alerts that display on the side of the road when a child goes missing? Well, Facebook is about to start displaying AMBER alerts on your News Feed.

In a news release published this morning, the social network announced that it is teaming up with the National Center for Missing and Exploited Children to deliver AMBER alerts to users in targeted areas where searches are being conducted.

The AMBER alerts will include photos and other details about the missing child, such as their height and weight, and the license plate number of any suspicious vehicles last seen in the area. It’ll also include the National Center’s official missing child poster, which you can link to and send to friends. 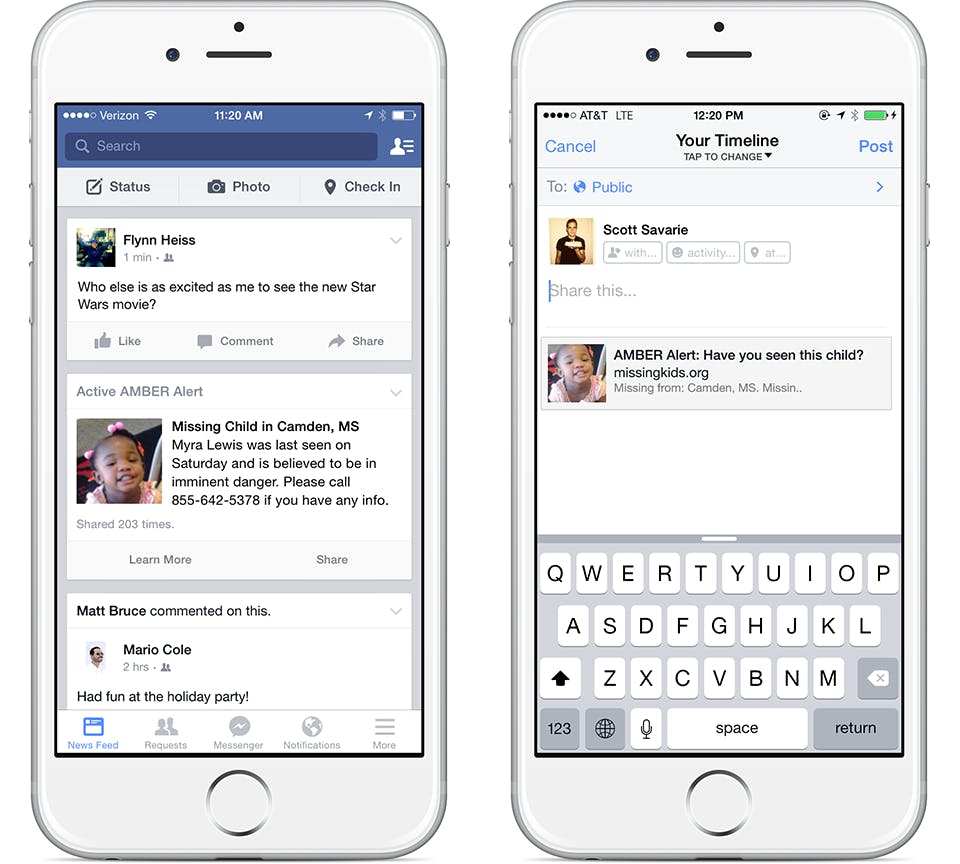 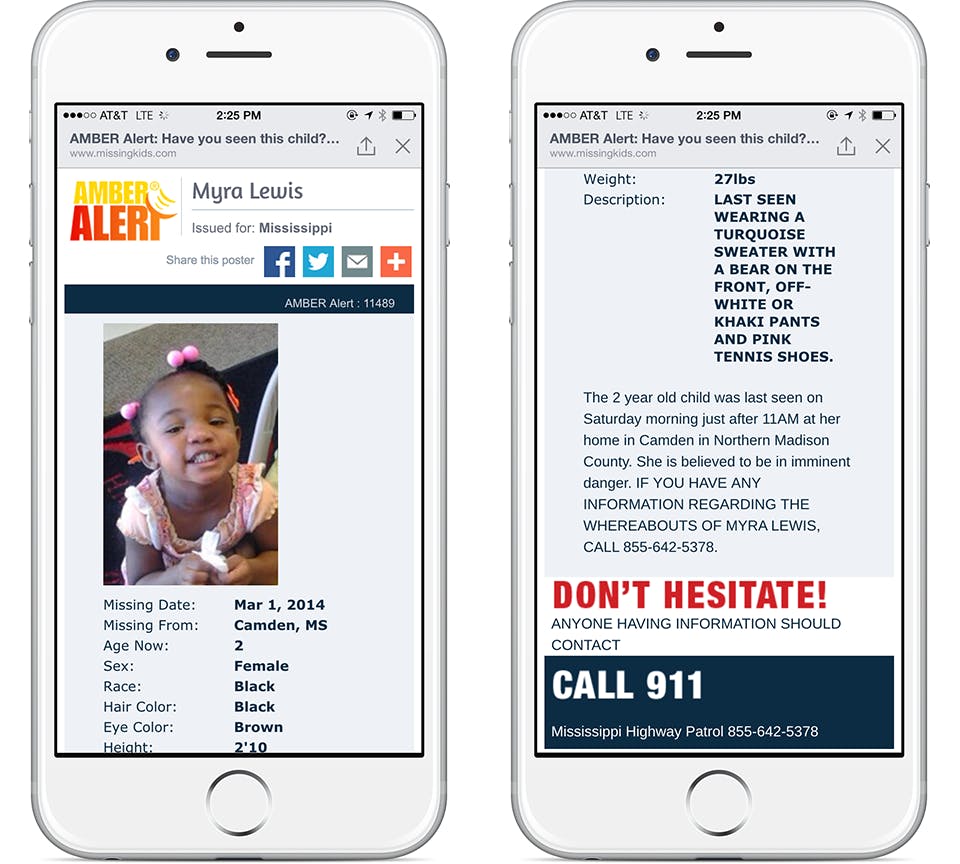 “We know the chances of finding a missing child increase when more people are on the lookout, especially in the critical first hours,” Emily Vacher, Facebook Trust and Safety Manager, wrote. “Our goal is to help get these alerts out quickly to the people who are in the best position to help.”

In a statement released today, Attorney General Eric Holder praised the Department of Justice’s expansion of the AMBER alert system to social media as a key step in recovering lost children.

“Protecting the well-being of our young people is a responsibility that falls to every American,” Holder said. “Each of us can help by paying close attention to alerts that come in—and by making sure you are plugged into the AMBER alert network via social media. Remember: finding an abducted child and returning him or her to safety depends on a fast response. The more vigilant citizens we have on the look-out, the better our chances of a quick recovery.”

The AMBER (America’s Missing: Broadcast Emergency Response) alert system was adopted in 1996 after the abduction and murder of Amber Hagerman, a 9-year-old girl from Texas. Law enforcement authorities typically issue AMBER alerts after a child disappears, and authorities determine that an abduction has taken place. They’re usually broadcast on TV and on the radio, and as of 2013, they’re also distributed via SMS text message. In December, Microsoft announced that it had enabled AMBER alert searches through Bing, allowing users to more easily find information on missing children.

By implementing this new system, Facebook hopes to increase the number of children recovered as a result of people sharing their information on social media. In 2014, for instance, a motel owner reported that she had spotted an 11-year-old girl whose photo she had seen in an AMBER alert a friend had shared on Facebook, which led to the girl’s safe recovery.

Photo by Vladimir Pustovit/Flickr (CC BY 2.0)