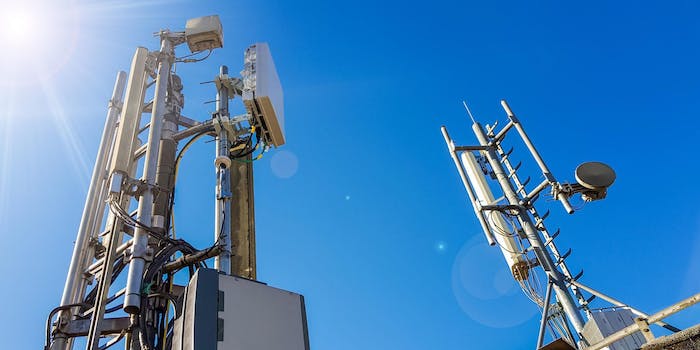 There is a conspiracy theory linking 5G and the coronavirus.

Facebook has removed two anti-5G groups after users within them encouraged phone masts to be destroyed, according to a new report.

Business Insider reports that the “Stop 5G Group” and “Destroy 5G Save Our Children” were both removed over the weekend. The groups had more than 65,000 members between them, the report says.

The news outlet notes that research from Hope Not Hate found that there were posts within the groups encouraging phone mast destruction. Facebook said the posts violated its policies.

“Over the last week, under our existing policies against harmful misinformation, we have also begun removing false claims that 5G technology causes the symptoms of or contraction of COVID-19,” the social media giant told Business Insider. “We will continue to work closely with governments, other tech companies and third parties to remove harmful misinformation and promote official guidance from local health authorities.”

Cell towers in the United Kingdom were torched in early April as a conspiracy theory linking coronavirus and 5G began to spread.

YouTube announced in early April it would remove videos that link coronavirus to 5G.

You can read all of the Business Insider report here.