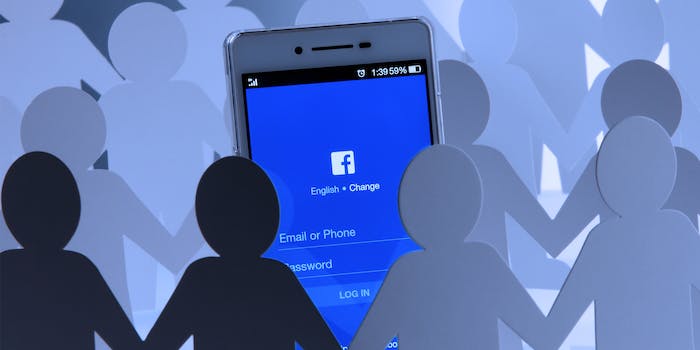 Publishers like CNN and Fox News are leading the pack.

People are more active on Facebook than they were in 2018 and 2017, a new report reveals. And as Fox News and CNN battle for dominance on social media, CNN has published more trending stories in the last few months than its conservative counterpart.

“Facebook content through web content has massively risen,” Benedict Nicholson, Newswhip’s managing editor, the company behind the report, told the Daily Dot. “I think some 60% as compared to last year.”

In other words, Facebook users are engaging more with news articles—sharing, discussing, and using emoji to react to them.

Every quarter, the company looks at Facebook’s engagement data to understand new trends on the social network. While the amount of disinformation being shared on Facebook stood out from its last quarterly report, popular content seems a little less polarizing this time. The 10,000 most popular stories shared on Facebook did not attract many “angry” reactions, but mostly positive ones, according to the report. The ones that triggered users to click on the angry button shared something in common, however: politics.

“Politics tends to drive more angry reactions than anything else,” Nicholson said, “and that’s on all sides of the political spectrum.”

Nicholson noted that pages from partisan outlets The Rachel Maddow Show and Conservative Edition News were standouts for angry reactions.

Newswhip also looked at the 10,000 top stories of the last few months, and CNN dominates the area, behind 396 of the more popular ones. Fox News is not far behind, with 376. These numbers also include local affiliates.

As Newswhip’s study clearly shows that Facebook’s engagement is on the rise, the site does not want to “speculate” on why. Last year, Facebook announced a change in its algorithm so users can have “time well-spent” on the site. It’s unsure how Facebook strategy improves the quality of people’s time spent on the network, but it is driving engagement.