If you’ve been paying any attention to what Facebook‘s boy-king is buzzing about lately, you know that Zuck truly believes virtual reality is the next big thing. Today, on stage at Facebook’s F8 developer conference, Facebook cofounder Mark Zuckerberg announced that virtual reality would be woven into Facebook’s core product: the News Feed. 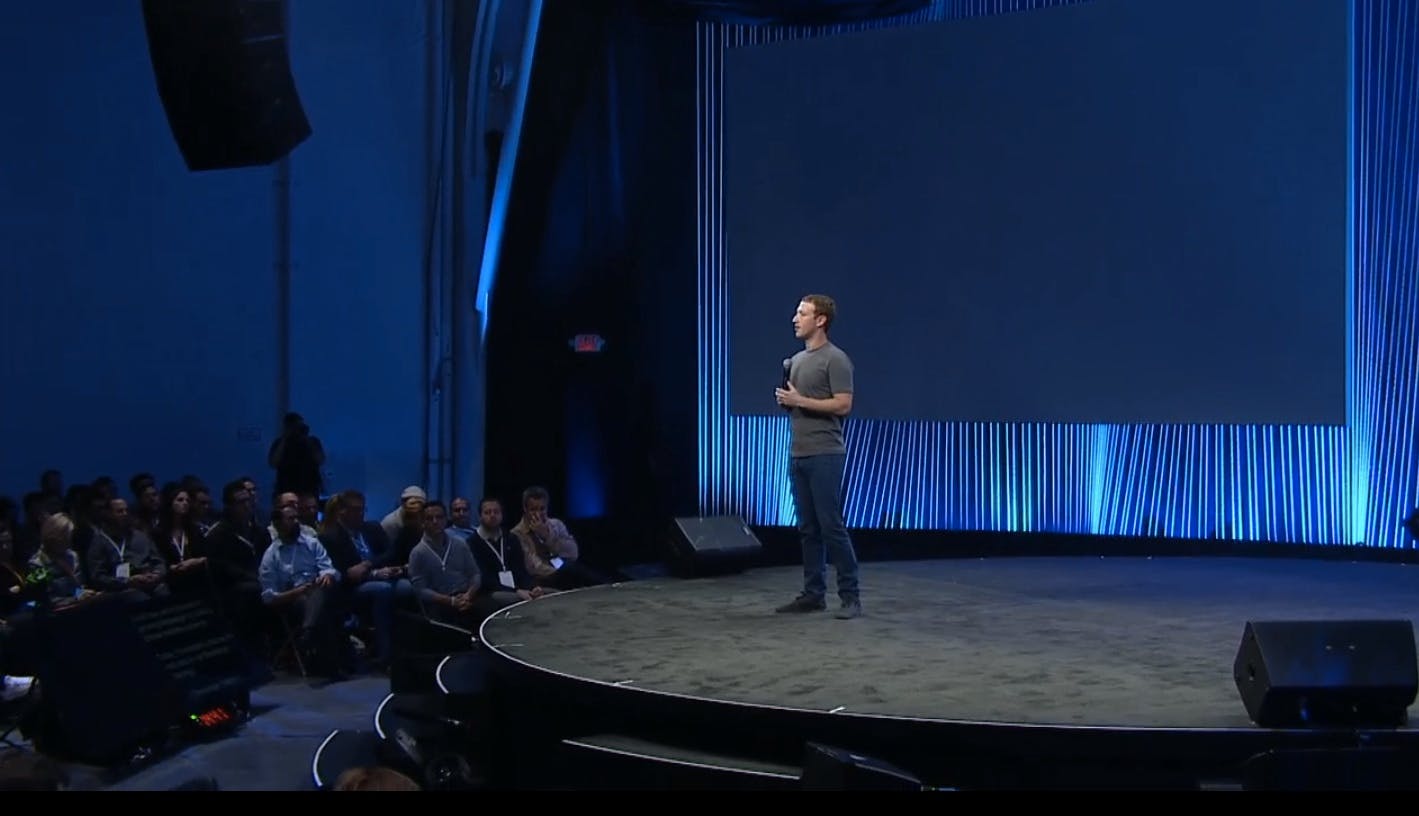 On stage, Zuckerberg explained that Facebook’s News Feed would now support spherical video, a move that Google-owned YouTube made earlier this year. The idea is that these sort of immersive, VR-optimized videos could allow a viewer to enter and explore a totally immersive environment, something that Zuckerberg has expressed enthusiasm for in the past.

This kind of video, in this instance shot with 24 different cameras, will also be supported on Facebook-owned Oculus.

Zuckerberg proceeded to gaze into the tea leaves a bit during F8’s opening keynote, divining that content captured for virtual reality would soon be just as shareable as the stuff Facebook users post now.

After Facebook acquired Oculus, the best-known VR hardware maker, this shift is well underway, even if users don’t know it yet.

At F8, Zuckerberg again spoke of his VR dreams in the five and 10-year cycles he often employs to frame Facebook’s short and long term business plans.

“In the next decade, we’re going to be able to build some amazing things together.”