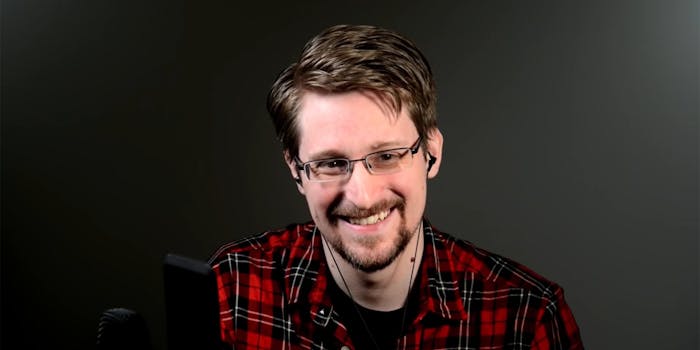 Ecuador granted Snowden 'international protection' and sought to transfer him out of Russia.

Hackers have obtained data from the Ecuadorian Embassy in Moscow, revealing a trove of documents and emails as well as discussions regarding NSA whistleblower Edward Snowden.

The more than 53 gigabytes of data, provided to the journalism collective DDoSecrets by hackers claiming affiliation with Anonymous, contains over 71,000 files, including scans of passports and personal information from visa applications.

The hack, which DDoSecrets is declining to make public given the personally identifiable information contained within, also includes expulsion orders regarding Ecuadorian citizens in Russia and roughly 30,607 emails ranging from 2018 to March of this year.

Files in the data cache, however, appear to date back much further. Numerous documents from 2013 detail discussions between Ecuador and Russia over the fate of Snowden, who famously that year leaked top-secret information regarding the surveillance activities of the NSA after fleeing to Hong Kong.

“Anonymous’ first venture into the world of diplomacy gives us a glimpse inside the day-to-day operations of an embassy and an inside look at the interactions between the two countries, as viewed through the unique lens of the embassy staff,” DDoSecrets co-founder Emma Best told the Daily Dot.

While reportedly in transit to South America, Snowden’s passport was revoked by the U.S. government, leaving him stranded in the Moscow airport. He would later be granted asylum and permanent residency.

Snowden’s passport had been revoked by the U.S. a day earlier.

A translation of the document, which is written in Spanish, further shows Galarza requesting that Lavrov “take the necessary measures to establish coordination so that the transfer of citizen Edward Snowden… is carried out with the due guarantees of security and integrity…”

Ecuador goes on to label such actions as required given its decision to “grant international protection” for Snowden.

In a response that same day, Russia acknowledged receiving the request but demanded further clarification on Ecuador’s legal standing.

“The Department of Latin America of the Ministry of Foreign Affairs, once the content of the same is known, has requested to clarify what Ecuador refers to when it indicates its decision to grant ‘international protection’ since, according to the jurists of the Russian Foreign Ministry, in international law there is no such category,” a translation states.

While it is unclear what further communications were held, Snowden’s continued presence in Russia shows Ecuador’s request was ultimately fruitless. The Daily Dot reached out to the Ecuadorian Embassy in Moscow for comment but did not receive a reply.

Ecuador had previously been willing to accept Snowden, according to reports. However, it left him in limbo by publicly saying they would only consider his asylum case if he made it to Ecuador, but that he could not travel to Ecuador without a valid U.S. passport, which had already been revoked.

These emails, however, reveal Ecuador at least made backchannel efforts to get Snowden to the country.

During the time of the negotiations, Ecuador was also providing shelter to WikiLeaks founder Julian Assange in its embassy in London. The Guardian would report in late June 2013 that Ecuador declared invalid a temporary travel document given to Snowden by the Ecuadorian Embassy in London. The travel document had reportedly come at the behest of Assange. Ecuadorian diplomats would cite in leaked discussions frustration over the WikiLeaks founder’s actions, arguing that his efforts to sidestep the government’s work regarding Snowden made it appear as if he was “running the show.”

It is believed Ecuador helped play a role in shuffling Snowden from Hong Kong to Russia.

The hacked data surfaced amid the ongoing war in Ukraine, which has led to an unprecedented hacktivism campaign against private and public entities in Russia. In just the first 10 weeks of the war, DDoSecrets published more than 10 million such documents provided by hackers.