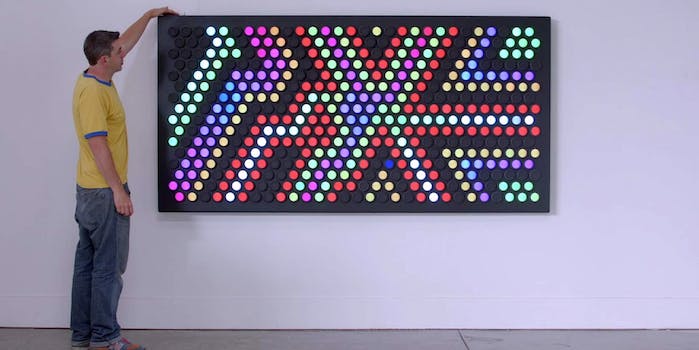 Your inner child will love this giant Lite-Brite wall

The Lite-Brite is getting a giant, adult makeover.

A favorite toy from your childhood is getting a super-sized makeover. Everbright is bringing back pixel art as a modern reimagining for the classic Lite-Brite.

Created by San Fransisco design firm Hero Design, the Everbright is the grown-up version of the electronic pegboard canvas that Lite-Brite made so familiar. The massive, interactive board built by the team of designers measures in at four-feet tall by eight-feet wide, making it 42 times the size of a standard Lite-Brite board.

Instead of using oversized pegs to plug holes on the wall, though, Everbright built them into the board. Artists can make a black gap into any color they want by activating the light. The embedded LED bulbs can display a huge variety of colors with a turn of the knob, which cycles through options across the color spectrum.

The sizable selection of colors and unique display method also gives creators the opportunity to play around with animations, making waves of color appear across the board.

Hero Design isn’t pitching Everbright as the toy you wished you had as a kid, though—it’s angling it as the toy you need now. The company believes Everbright is a tool for office environments. The pitch is that it’s a screen- and device-free activity that encourages people to connect with one another and tinker to stimulate the brain.

The design firm also claims Everbright to be a great “return on investment,” which is a bold claim when the display model is priced at $50,000. (Smaller versions are available for $25,000 and $14,000.) Considering a Lite-Brite is listed at $14.99 on Hasbro’s website, it might be cheaper to just buy everyone at the company their very own model of the original toy.

Hero Design isn’t the first to explore the idea of the oversized Lite-Brite board, either. Google had (and perhaps still has) a giant, functioning version of the kid’s toy in its offices. 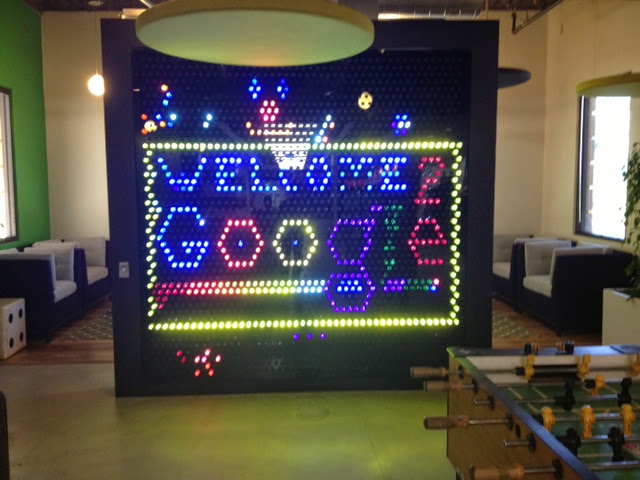 A 2012 ITT Tech project in Mobile, Alabama, also went the route of Lite-Brite on steroids. Students put together a massive, wall-sized installation that replicated the original toy on a much larger scale. The creation became an exhibit at the Gulf Coast Exploreum Science Center.

In 2013, a mural made of 596,897 Lite-Brite pegs was put together in St. Paul, Minnesota. Displayed at the Union Depot transportation hub, the creation involved 580 volunteers from the community, who spent more than 800 hours bringing to life the creative vision of local artist Ta-coumba Aiken. The project set a Guinness World Record for Lite-Brite art.