It's not just the name of the girlfriend from WALL-E.

Although women currently have an unlimited number of options for sex toys to help them get off in bed (I can’t count how many times I’ve heard friends rave about their Hitachi Magic Wand this week alone), let’s face it: It’s easier for some women to make it happen than others. According to Planned Parenthood statistics, approximately 30 percent of women have trouble reaching orgasm, and a 2012 study reports that a staggering 23 percent of women said they didn’t find sex at all pleasurable. 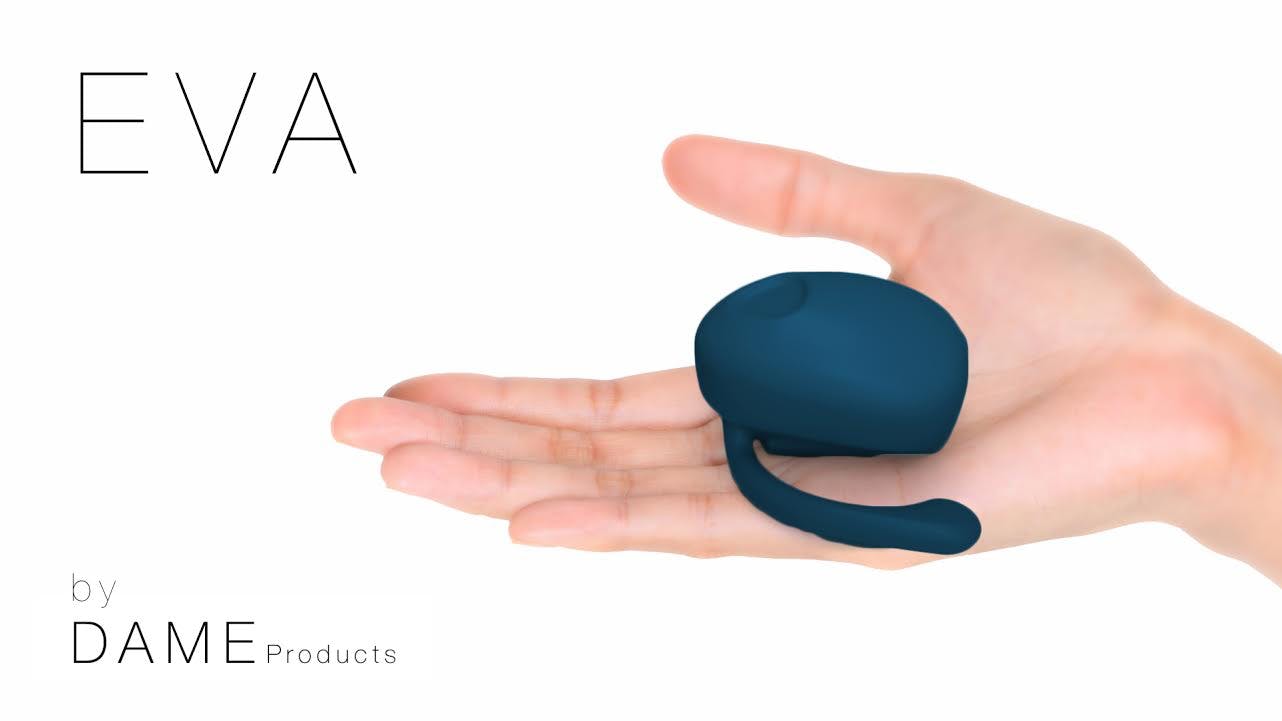 The Eva was created by Alexandra Fine and Janet Lieberman, an MIT engineering grad with a background in consumer electronics engineering. (Before launching Dame Products with Fine, Lieberman worked on the MakerBot Replicator Mini.)

“I was resigned to being just a little disappointed when I got products in from Amazon,” Lieberman told the Daily Dot, explaining her inspiration. “Once I got one with my boyfriend, and he and I were both engineers, and neither of us could figure out how to make it work. This is something you’re supposed to be using in the moment.”

Fine and Lieberman were further emboldened by research on what they refer to as “the pleasure gap,” or the gap between the likelihood of men and women achieving orgasm during sex. Because 70 percent of women require clitoral stimulation for orgasm, they felt the sex toy marketplace was missing a product that could stimulate a woman’s clitoris during penetration, without obstructing intimacy between partners.

Unlike the WeVibe, the Eva is worn externally rather than internally, which Lieberman says gives her product a major advantage. The WeVibe, she said, “does two things at the same time. Sometimes you want one without the other.” She also said she’s spoken with many women who’ve reported that because the WeVibe is worn internally, it gets in the way during penetrative sex, preferring the feeling of their partner’s penis to the vibrations of the product.

“We wanted this product to keep couples focused on each other without changing the way sex feels,” she said. “We thought it solved some problems without introducing new ones.”

Despite potential design issues, the numbers supporting the evidence of a “pleasure gap” between women and men don’t lie. Given how difficult it is for women to achieve orgasm solely from penetrative sex alone (hell, it might not even be possible for the vast majority of women, if recent studies are any indication), there’s clearly a need for a product that offers clitoral stimulation during sex, without being obtrusive or difficult to manually operate. And while it might take some convincing for women to hop in bed with their partners, bringing a vibrating scarab resting atop their clitorises along for the ride, at least Eva is doing its part to make the “pleasure gap” a little bit smaller.