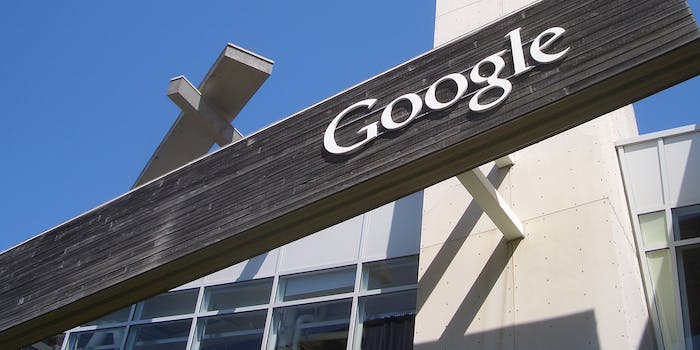 The E.U. wants to break up Google

The privacy-conscious E.U. is considering aggressive action to bring Google to heel.

The European Union may order that Google be divided into separate companies to address concerns about the Internet giant’s dominance in Europe.

The Financial Times saw a draft document in which the E.U. demands the “unbundling [of] search engines from other commercial services,” which would meaning cleaving off Google’s largest and most profitable business from its constellation of other Web services—like Gmail, Google Calendar, Google Apps, and Google Voice, to name a few—that the company provides.

The Guardian reports that the E.U.’s move comes after Google’s third failed attempt to quash antitrust investigations into its commercial practices. The European Commission (EC), the E.U.’s principal lawmaking body, re-opened an antitrust case against Google in September. In an interview with Bloomberg about the decision, Joaquin Almunia, the EC’s head of antitrust investigations, said that his regulators had received “very, very negative” comments from third parties that objected to a possible settlement.

Almunia’s term as the European Commissioner for Competition expired at the end of October. He was replaced by Margrethe Vestager, who has said that she is taking “some time” to review the investigation.

Microsoft, which faced its own antitrust lawsuits in the United States, is supporting the European Union’s investigation into Google, as is a major German publishing company, Axel Springer.

The draft proposal seen by Financial Times is expected to be agreed upon sometime next week.