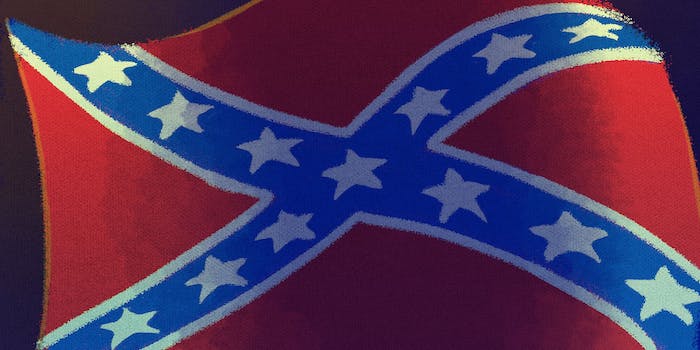 'If Muslims stayed in Muslim lands, things like this wouldn't happen.'

Deadly attacks endured by Paris just ten days ago have sparked a newly intense wave of anti-Muslim sentiment around the Western world that has white supremacists cheering online.

When a refugee center in Germany was burned to the ground on Nov. 15, five days after the Paris massacres that took the lives of at least 130 people, supremacists lauded the destruction of the “invader center.”

On Twitter, supporters cheered the “German patriots.” And on Stormfront, the Web’s largest white-supremacist forum, many expressed hope that the burning was the start of a larger violent resistance against Muslim refugees and residents in Europe.

Attacks against refugees in Germany precede the Parisian attacks. Over 700 such anti-refugee arsons, assaults, and other crimes have taken place this year in Germany, up from 199 in 2014, according to the Associated Press.

Anti-immigrant groups in Germany and around the world utilize social media to build support and then celebrate these types of attacks, which have killed numerous refugees this year.

Although the backlash in Europe has been more pointed, some refugees in the United States worry about their future in the U.S., as anti-refugee sentiment has saturated conservative politics at the state and national level.

Arson in Sweden and anti-Muslim mob violence in Scotland earned cheers as well in the white nationalist sphere.

The attack in Scotland took place the day after the Paris attacks. Fifteen men reportedly threatened a couple who own a fast food restaurant in Eastern Scotland.

When one white nationalist online expressed reservations about beating a middle-aged married couple, the response from others showed the white supremacist consensus: “If Muslims stayed in Muslim lands, things like this wouldn’t happen.”