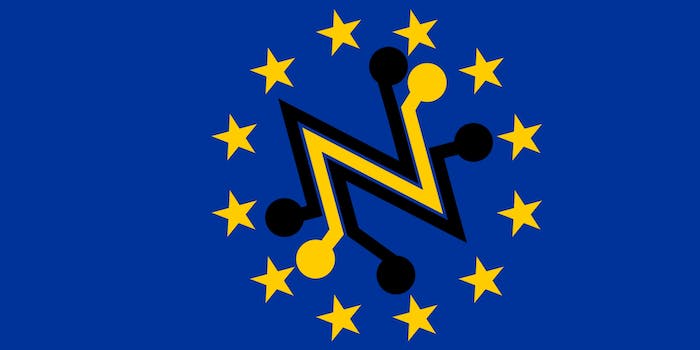 This one promises to be a "cliffhanger," says Dutch MEP.

It’s only April, but the European Union is girding up for its biggest Internet freedom vote of the year Thursday.

Members of the European Parliament will vote whether to pass a package for a “Telecom Single Market,” which will help define how Europeans access the Internet, and, importantly, a handful of amendments to that package, which experts fear could make or break net neutrality in Europe.

Net neutrality—the principle that all websites, Internet services, and other Internet traffic should be treated equally by Internet service providers—remains a matter of contention around the world, including in the U.S., where net neutrality suffered a major setback after a federal court struck down the Federal Communications Commission‘s net neutrality rules.

The biggest concern European net neutrality proponents have is that the proposed legislative package allows Internet providers to offer vaguely defined “specialized services” to customers—something supporters of net neutrality fear is a back door to let companies charge more to customers who want to visit certain websites, or to block sites entirely.

Europeans’ concern for net neutrality is preceded by betrayal. In August, a leaked proposal showed that the EU’s Digital Agenda Commissioner, Neelie Kroes—a vocal supporter of net neutrality—was in fact considering a proposal that would achieve the exact opposite, allowing Internet providers to set data caps for customers.

Dutch MEP Marietje Schaake is among those in Parliament who take Thursday’s vote as an opportunity to enshrine net neutrality principles into EU law. Her proposed amendment would not only close the “specialized services” loophole, but also sprinkle the phrase “net neutrality” into the more open-ended parts of the proposed package.

The activist campaign Save the Internet, sponsored by European Internet freedom groups like Bits of Freedom, EDRi, and La Quadrature du Net, encourages Europeans to contact MEPs to support pro-net-neutrality changes to the package. While the campaign doesn’t track how many calls or emails its visitors send out, EDRi policy advisor Thomas Lohninger told the Daily Dot that the campaign has helped people send out more than 20,000 faxes, which are apparently still a way of getting Parliament’s attention.

Schaake has tweeted that the upcoming vote on her amendment would be a “cliffhanger, splitting in half the European Parliament,” though she told the Daily Dot she’s still optimistic.