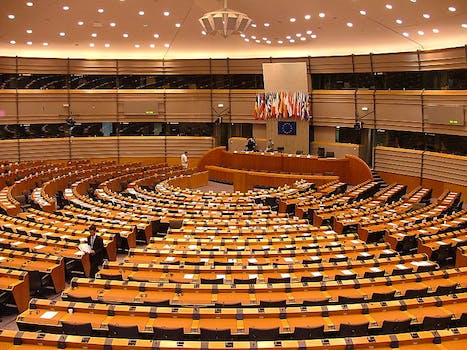 Following a flurry of protest, one final European Union will weigh in on the Anti-Counterfeiting Trade Agreement before it's brought to a formal vote.

For opponents of the Anti-Counterfeiting Trade Agreement (ACTA), Thursday marks the final battle before the war is decided.

That’s when one final European Union committee will vote on whether to officially endorse or condemn ACTA—the last vote before the EU Parliament settles the matter once and for all.

Even though a number of countries—most notably the United States, Canada, Australia, and Japan—have all signed ACTA, a number of Internet rights activists have unified against ACTA since then. Critics contend that the controversial trade agreement would allow international governments to effectively police citizens’ Internet use under the guise of enforcing copyright law.

Four out four EU committees recently voted to reject ACTA, a remarkable string of victories. Their vote only goes so far as to influence the vote of the final committee, International Trade (INTA), and it’s anyone’s guess how INTA will proceed.

If INTA follows popular sentiment and votes to reject ACTA, odds are good that the Parliament will follow suit. In such a scenario ACTA proponents’ best chance might be to try and delay the vote until the EU elects a new Parliament in 2014.

If the INTA votes for ACTA, however, members of Parliament will assuredly create and vote on a counter-proposal before the EU votes on the real thing. Parliamentarians’ votes will be made public, and ACTA is extremely unpopular, so those politicians will be reluctant to publicly support ACTA before the real vote.

In that scenario, McNamee said, “chances would probably be very, very close to 50/50.”

The final EU Parliamentary vote is scheduled for July 3-5.