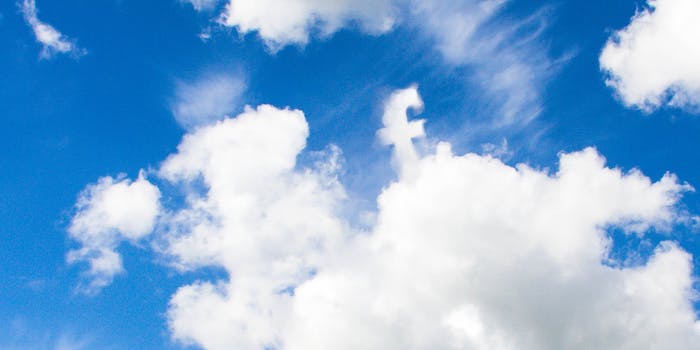 Ever since the Internet was created, the question of what happens to your social-networking life after your die has remained unanswered.

Some companies have tried to answer the question, usually with various versions of a legal will. But a new Portuguese network called Eter9 is trying a different approach: artificial intelligence for eternal preservation.

Eter9 claims that it can help you create a kind of self-sufficient avatar that will continue to post for you long after you shuffle off this mortal coil. Sign up for the beta and the site will help you develop a “Counterpart,” or “Virtual Self,” that will “stay in the system and interact with the world just like you would if you were present.”

The service claims that your Counterpart will learn more about how to imitate you as you do more things on the Eter9 network.

If the idea of having a ghost of yourself wandering around after you’re dead makes you think, “That’s creepy, but not creepy enough,” don’t worry. Your Counterpart will also cavort and chat with friends while you’re still alive.

That’s right: Once you sign off Eter9, your Virtual Self will continue to interact with other users and their Counterparts, posting and commenting even as you take a shower, sleep, or go for a run.

In addition to you, other users, your Counterparts, and the system’s “virtual agents,” who keep order, there are also “Niners.” These are free floating digital constructs that either become useful due to interactions with people or perish into digital oblivion. How’s that for weird?

Eter9 seems to be predicated on an obsolete conception of “cyberspace.” Most digital citizens no longer distinguish between it and “meatspace” or “real life.” To most of us, the division seems almost quaint. Perhaps ignoring this division was a way to help us avoid thinking about the perceptual schism introduced by the Internet, widened by social media, and now in danger of accelerating beyond all control thanks to AI.

Prominent scientists like Stephen Hawking have warned us against developing AI. Even if the technology doesn’t wind up leading to our demise as a civilization, as Hawking has suggested, its advent could have psychological effects of which we can barely conceive.