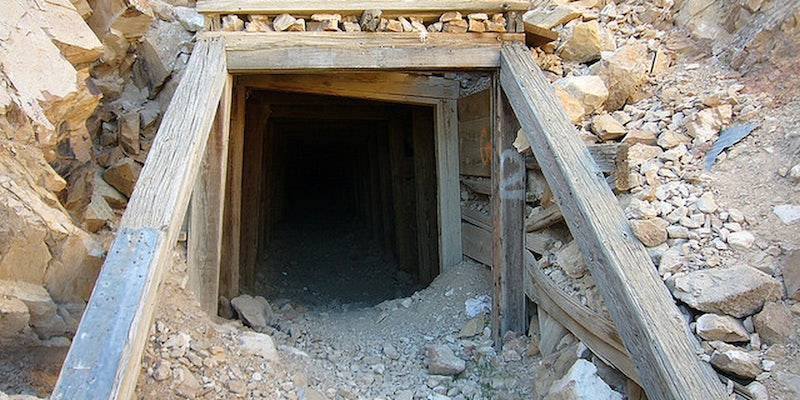 An employee of competitive gaming league E-Sports Entertainment Association (ESEA) has been fired for turning the company’s software into his own personal Bitcoin-mining network.

Why waste your time setting up expensive, ugly Bitcoin mining rigs when you can force a few thousand of your new friends to generate the digital currency for you?

An employee of competitive gaming league E-Sports Entertainment Association (ESEA) has been fired for turning the company’s software into his own personal Bitcoin-mining network. The company is currently facing a class action lawsuit over the incident.

Using your own computer to mine Bitcoins is time- and cost-intensive, usually racking up some serious electricity bills. The process typically uses the processing power of graphics cards (the hardware that lets you see images on your screen) to crunch complex mathematical problems with Bitcoins the reward for your computer’s efforts. As Bitcoin’s grown more popular, it takes an increasing amount of time and resources to generate one Bitcoin, as only a limited number can be mined in a given period of time.

That’s why forcing a bunch of computers (especially gaming-dedicated machines with powerful graphics cards) to work on mining Bitcoin at the same time is a tasty prospect, and one that’s enticed some people to turn to unsavory practices for their personal gain.

Gamers who want to play titles like Counter-Strike and League of Legends use ESEA’s software to keep out cheaters. In May, community members noticed their computers were being used to mine Bitcoins and raised the issue on the ESEA message boards. ESEA cofounder Eric Thunberg initially dismissed the scam as an April Fools’ Day gag misfire before admitting an employee turned the software into a mining empire that might have affected up to 14,000 computers. The employee generated 30 Bitcoins through his illicit network. That equates to around $2,300 at current rates.

“The person responsible for releasing the unauthorized Bitcoin mining code has been terminated,” said ESEA co-founder Craig Levine told Wired. “We have been dealing with the entire situation in a responsible fashion to remedy those impacted and take steps to prevent this from happening again.”

While ESEA has set up a claims process for power bills and graphics cards affected by the network, class action lawyers have filed suit against ESEA.