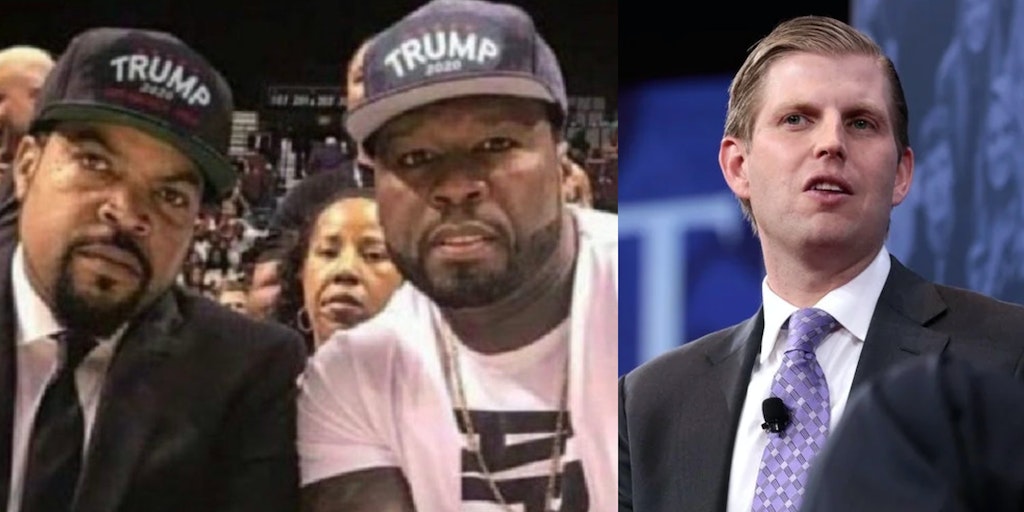 Eric Trump deleted the photo after Ice Cube called him out.

Eric Trump deleted a tweet featuring a photo of rappers 50 Cent and Ice Cube on Tuesday that falsely made them appear to be wearing hats supportive of President Donald Trump.