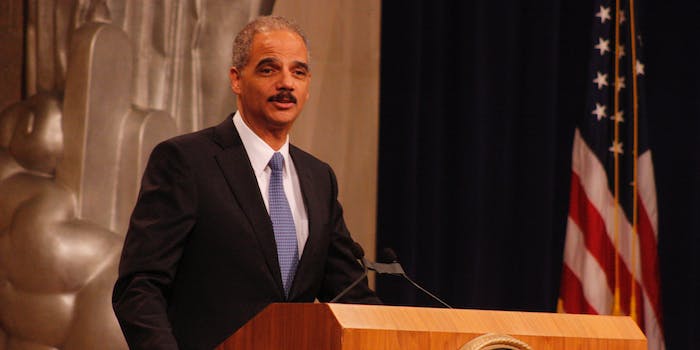 Once U.S. attorney general, Holder prepares to do legal battle with his former office.

Former U.S. Attorney General Eric Holder will be the chief litigator on a legal team recruited by the California legislature to deal with the incoming White House administration, the Los Angeles Times reports.

In an interview with the Times, Senate leader Kevin de León, Democrat of Los Angeles, described Holder’s position as head of an expert team of lawyers monitoring a wide range of issues, including, “climate change, women and civil rights, the environment, immigration, voting rights—to name just a few.”

The arraignment, reports the Times, will give Holder “a broad portfolio covering potential conflicts between California and the federal government,” an “unusual” task that would typically fall on attorneys general.

Holder will reportedly serve as an outside council, his team comprised of attorneys from the prestigious firm Covington & Burling.

Rep. Becerra, whose confirmation hearing will take place Jan. 10, has also displayed an eagerness to combat the Trump administration.