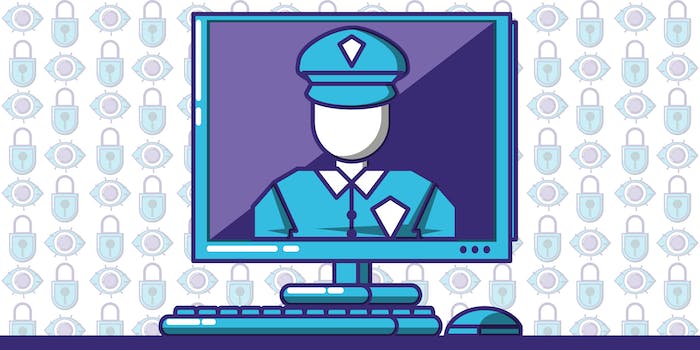 Everyone hates the new Republican anti-encryption bill—except for cops

It's unsurprising the bill has the backing of police organizations.

Earlier this week, a trio of Senate Republicans introduced an anti-encryption bill that quickly generated near-universal scorn from privacy advocates and tech giants.

But there is one group that, unsurprisingly, offered praise for the bill: cops.

The “Lawful Access to Encrypted Data Act” would essentially require tech companies offering encryption to help law enforcement access encrypted data if they have a warrant.

The bill quickly had the support of Attorney General William Barr, who has long argued that law enforcement needs better access to encrypted data.

While the attorney general supported the bill, it’s been panned by privacy advocates, internet freedom organizations, and groups that represent tech giants.

The bill would essentially require a backdoor into encryption, which advocates have long pointed out cannot be built only for law enforcement and could be co-opted by anyone trying to break encryption.

Since the bill was introduced, a steady stream of organization have spoken out against it.

The Electronic Frontier Foundation (EFF) said the bill was “even more out of touch with reality than many other-anti-encryption bills,” like the controversial EARN IT Act.

“The new bill doesn’t bother with commissions or best practices. Instead, it would give the Justice Department the ability to require that manufacturers of encrypted devices and operating systems, communications providers, and many others must have the ability to decrypt data upon request,” Andrew Crocker, a senior staff attorney at EFF, wrote in a blog post. “In other words, a backdoor.”

Meanwhile, Evan Greer, the deputy director of Fight for the Future, said the new bill needed to be rejected.

“Politicians who don’t understand how technology works need to stop introducing legislation like this. It’s embarrassing at this point,” Greer said in an emailed statement. “Security experts have warned over and over again that weakening encryption or installing backdoors will make everyone less safe, not more safe.”

But it’s not just privacy advocates who have raised concerns.

“This bill would require companies to build encryption backdoors that would jeopardize the sensitive data of our billions of users and the security of our products and services,” the Reform Government Surveillance Coalition argued. “It would leave all Americans, businesses, and government agencies dangerously exposed to cyber threats from criminals and foreign adversaries, and make us all less safe.”

While all corners of the internet have rallied to reject the bill—cops and groups that represent them were quick to back it.

The Senate Judiciary Committee released quotes from seven people who are part of groups that represent police departments, chiefs associations, and attorneys.

Unsurprisingly, the groups said the bill would help with investigations and linked encryption use with “criminals.”

The president of the Major Cities Chiefs Association said the bill “strikes the proper balance between lawful access and privacy” by requiring companies to help law enforcement get access to encrypted data.

Similarly, the president of the Sergeants Benevolent Association of the New York City Police Department said the bill strikes a “necessary balance” while touting that tech companies would need to offer “necessary assistance” in obtaining encrypted data.

While it’s clear police would like to get around encryption, they are on the opposite side of public opinion.

Hundreds of thousands of people have signed a petition demanding Congress reject the EARN IT Act, which critics fear could open the door for encryption backdoors.

Given is popularity, it appears ordinary internet users want strong encryption, not an easier way for cops to access it.