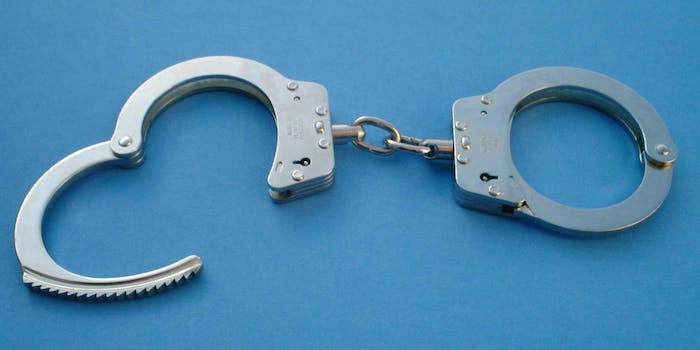 The FBI knew one of the alleged Garland, Texas, shooters had terrorists ties in 2010

But he was never put on a 'no fly' list, for some reason.

On Sunday, a pair of shooters opened fire outside of an anti-Islam free speech event in the Dallas suburb of Garland, Texas. One law enforcement office was injured and both of the shooters were killed.

The attack took place outside of the Curtis Curwell Center, a venue operated by the Garland Independent School District, which was hosting a “Draw Muhammad” event showing drawings of the Prophet Muhammed, an action blasphemous in Islam that has incited violence in the past, most notably the violent attacks on the Paris offices of the satirical magazine Charlie Hebdo.

One of the gunmen was identified by Federal Bureau of Investigation officials to ABC News as Elton Simpson of Phoenix, Ariz. But this incident is not the first time Simpson has been connected with terrorism.

Court documents show that FBI agents attempted to place Simpson’s name on the “no fly” list, but were unsuccessful.

In 2010, a grand jury indicted Simpson for willfully making false statements to FBI investigators. Simpson had told law enforcement officials that “he had not discussed traveling to Somalia, when in fact he has discussed with other traveling to Somalia for the purpose of engaging in violent jihad.”

Simpson was born in Illinois. He moved to the Phoenix, Ariz. area and converted to Islam as a youth.

The FBI began investigating Simpson in 2006, after bureau officials connected him with an individual they believed was in the process of creating a terror cell in Phoenix. A paid FBI informant named Deba Deng, who attended the same mosque as Simpson, was tasked was obtaining more information about the suspect. Deng began meeting with Simpson multiple times per week, under the guise of wanting to learn more about Islam, and taped their conversations. Their relationship comprised hundreds of meetings and produced over 1,500 hours of recordings, according to court documents.

In one such recording, Simpson told Deng, “they trying to bring democracy over there, man. They’re trying to make them live by man-made laws, not by Allah’s laws. That’s why they get fought. You try to make us become slaves to man? No, we slave to Allah; we going to fight you to the death.”

“People fighting and killing your kids and dropping bombs on people that have nothing to do with nothing,” Simpson continued. “You got to fight back; you can’t be just sitting down … smiling at each other.”

In conversation a few months later, Simpson and another unidentified individual discussed creating a cover story for if they were stopped by authorities while trying to leave the country for Somalia. Part of that cover involved plans to attend a madrassa in South Africa and then “bounce” to Somalia.

In 2010, FBI agents visited Simpson at his home and inquired about his upcoming travel plans. Simpson said he intended to study at a madrassa in South Africa, but that he had no other plans to go elsewhere in Africa. Simpson reportedly refused to provide officials with the name of school, though he later called one of the agents and left the name of the school in a voicemail. He also stated that he had never discussed plans to travel Somalia or engage in terror activities.

Court documents show that FBI agents attempted to place Simpson’s name on the “no fly” list, but were unsuccessful.

Simpson was soon arrested. A court found Simpson guilty of willfully making false statements to the FBI in regards to his travel plans. Simpson was also charged with making false statements involving international terrorism, which carries an enhanced sentence of up to 8 years in prison. However, according to court documents, prosecutors had “not established with the requisite level of proof that the Defendant’s potential travel to Somalia (and his false statement about this discussions regarding his travels) was sufficiently ‘related’ to international terrorism.”

The count found that, while Simpson intended to travel to Somalia and then lied about those intentions, the argument that his goal once there was to participate in terrorism was “ambiguous” and relied on “a number of inferential leaps.”

“People fighting and killing your kids and dropping bombs on people that have nothing to do with nothing.”

The other shooter in the Garland attack was not been identified by name, but was reportedly Simpson’s roommate in Arizona.

The Garland event was giving out a $10,000 prize for the best cartoon showing Muhammad. It featured prominent Dutch politician Geert Wilders, who is well-known for his controversial anti-Islam views. The event was organized by the American Freedom Defense Initiative, which has garnered international attention for placing a series of anti-Islamic bus ads on public transit systems around the United States.

The Dallas Morning News reported the event’s organizers had prepared for a violent attack. The Garland school district charged the group $10,000 to have 40 security officers onsite to guard against any attacks. The group’s president, Pam Geller, slammed the school for the charge, insisting, “I’ve never seen anything like that where you have to pay for police. … That’s what we call the high cost of freedom.”