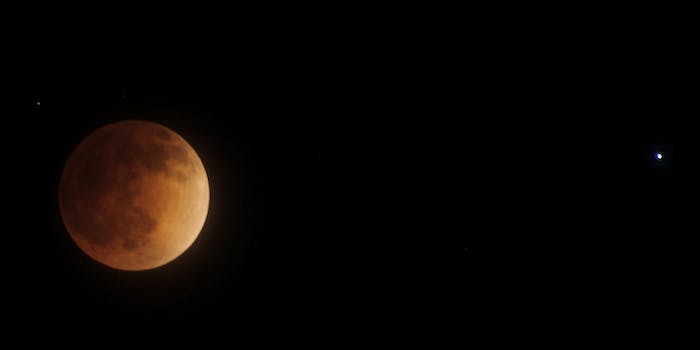 Can Elon Musk put humans on Mars 10 years before NASA?

The Tesla and SpaceX CEO also spoke to CNBC about plans for a mass-market electric car.

Is the space race back on?

“I’m hopeful that the first people could be taken to Mars in 10 to 12 years, I think it’s certainly possible for that to occur,” Musk told CNBC on Tuesday. “But the thing that matters long-term is to have a self-sustaining city on Mars, to make life multi-planetary.”

The only human craft currently on the red planet is NASA‘s rover Curiosity. SpaceX itself was founded in 2002.

The decade-long timeline has long been Musk’s goal, and his latest interview confirms that he remains legendarily optimistic.

Musk also spoke about his hopes for building an electric car battery that would cost less than $5,000. He’s confident about that as well, projecting a three-year timeline before his company starts producing a mass-market car.

Previously, Musk has described a series of missions that grow from small, temporary groups to larger teams of around 10 that can begin construction on long-term projects and housing on the planet. Eventually, he wants to see Martian cities to rise from the red dust.

Interested in the move to the fourth rock from the sun? Musk has previously guessed that a ticket might run about $500,000. Start saving and looking up.