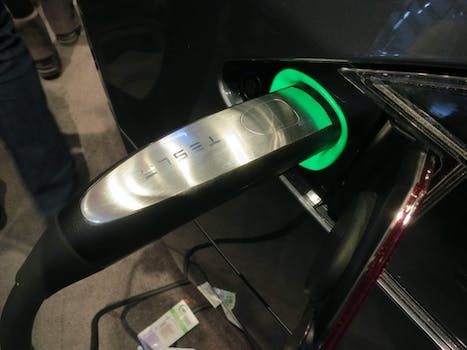 6 of Elon Musk’s most far-fetched schemes

Real-life Tony Stark likes to remind us why he's one of the most ambitious people in tech.

Yesterday, Tesla CEO (and real-life Tony Stark) Elon Musk reminded us yet again why he is considered one of the most ambitious and entertaining people in tech.

Musk’s latest announcement came in the form of a tweet Wednesday morning in which he claimed Tesla is developing a new charger for its Model S vehicles that will emerge from the wall and connect to owners’ cars “like a solid metal snake.”

Btw, we are actually working on a charger that automatically moves out from the wall & connects like a solid metal snake. For realz.

Musk quickly added that the new charger will be compatible with all Model S cars, not just new ones. However, it remains unclear whether Musk intends for the new chargers to be used at charging stations, in owners’ homes, or both.

Whether we’ll actually see metal snake chargers popping out of walls some day remains to be seen. Whatever the fate of this particular project though, you have to admire Elon Musk’s constant output of wacky ideas, as well as his determination to make at least some of his most far-fetched concepts pan out. In that spirit, we’ve gathered together a few of Musk’s more ambitious and future-minded tweets for your reading pleasure:

Who can forget the infamous “hyperloop”? This project originated out of Musk’s dissatisfaction with California’s proposed high-speed rail plans and his desire to come up with something better. The alternative? Several hundred miles of above or below ground tubes that hurtle “people sized pods” at fantastic speeds across the state. (Scientists are currently trying to figure out how to make this one a reality.)

SpaceX is still in the early stages of developing advanced micro-satellites operating in large formations. Announcement in 2 to 3 months.

Not only does Musk want to make the internal combustion engine a thing of the past at Tesla Motors, but he apparently wants to do away with human drivers too:

Oh and Musk wants to design rocket parts with his bare hands:

No near term plans to IPO @SpaceX. Only possible in very long term when Mars Colonial Transporter is flying regularly.

Finally, even with all his grandiose proclamations, Musk maintains a degree of humility with the occasional self-deprecating tweet:

Not that this really matters. All current rocket tech, including ours, sucks. Only when it becomes fully reusable, will it not suck.

Photo via Jeff Wilcox/Flickr (CC BY 2.0)