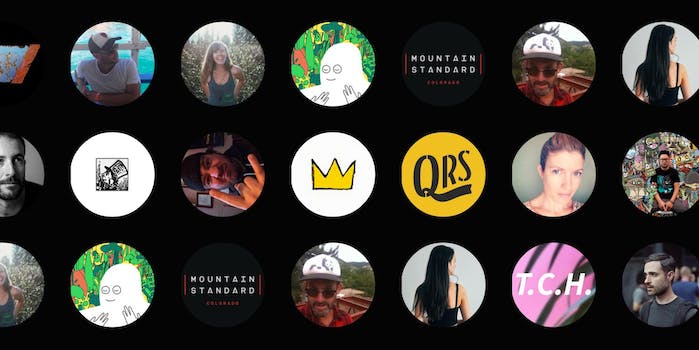 Good ol’ Ello is still kicking and it just got a multimedia upgrade. The hippest alternative-yet-still-corporate (and tragically not open source) social network around just added support for video and music embeds to join its current landscape of GIFs and porny stills. Users can now post content from YouTube, Vimeo, SoundCloud, DailyMotion, and Mixcloud.

There’s just one catch. Ello’s whole thing from day one, day zero even, was its pledge to remain ad-free. Its “manifesto” still boldly declares “Ello is totally ad-free.” And as anyone who has spent at least 30 seconds on the Internet knows full well, some of those third-party networks force you to sit through ads before your content pulls up.

We’re not trying to be the gotcha guys here, but it’s still pretty silly, all told. Even if it isn’t getting a cut (it isn’t—that goes to the creator/third-party service), Ello’s decision to host video and music content was a passive approval of third-party ads.

Ello users can toggle off ads, sort of, but that requires turning off all of that third-party multimedia content—short of launching its own music and video platform, there’s just no way around it.

Here’s the company’s statement on the whole thing:

“Some of the sound and video services that users choose to post may include third party ads (including YouTube, Soundcloud, and others). Some people want to see this kind of media, and some people don’t, so on Ello we’ve given you a choice.

If you don’t want to see media that may contain ads, you can hide it by going to your Settings page. Scroll to “Embedded Media”, and click YES to hide embedded media.

Whether its remaining users will care who is turning a buck here remains to be seen, but it’s still awkward. Some of Ello’s most active subcommunities harbor hip visual artist-types, so it’s cool that musicians and videographers can share their original stuff on Ello more easily now too. The third-party ad quandary? Not so cool.