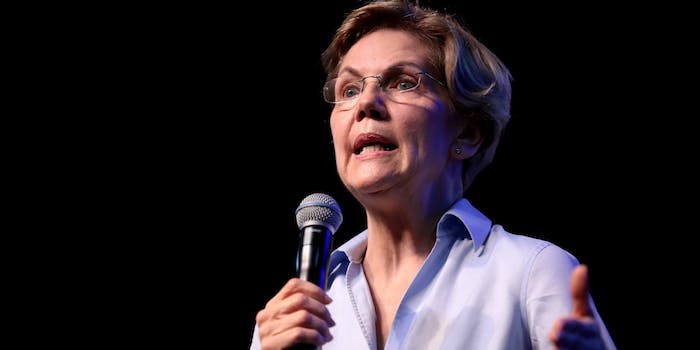 Elizabeth Warren’s ex-staffers are asking for money via Venmo, PayPal

Following the politician’s decision to drop out of the 2020 race on Thursday, many of the previous employees began plugging their Venmo and PayPal accounts on Twitter.

Gay-rights activist Brandon Wolf, a survivor of the Pulse nightclub shooting who worked as a surrogate for Warren, asked his Twitter followers to support the staffers by buying them a drink.

The request appears to have worked, as many connected to the campaign began posting their usernames and receiving funds from Warren supporters.

“My Venmo is j_ave if anyone wants to buy this Warren Democrat a drink,” ex-staffer and Twitter user @AvenueJack wrote.

Another Twitter user even declared that the day was “National buy an #ElizabethWarren supporter a drink day.”

As noted by the New York Times, Krieg went on to receive around $250, which she used to buy a single malt Scotch whiskey.

“I have no idea who these people are,” Krieg later said. “But I love them.”

Warren’s staffers aren’t the first to elicit funds following their candidate’s choice to leave the race. Lis Smith, the former senior adviser to ex-Democratic candidate Pete Buttigieg, says many campaign workers have asked for drinks once their job has been axed.

“A campaign staffer doesn’t want your thoughts and prayers,” Smith said. “They just want your cash for Bud Light and shots of Jameson.”