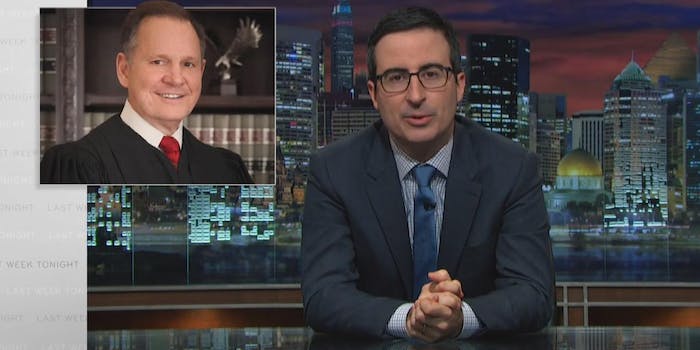 You'll understand how dumb this is when you hear John Oliver explain it.

Judges are supposed to be above the partisan fray, but how can they be when they depend on voters for reelection?

As John Oliver explained in the latest episode of Last Week Tonight, electing judges opens the door to all sorts of terrible and corrupt behavior.

Alabama Supreme Court Chief Justice Roy Moore may not understand the judicial system, but he’s one of Alabama’s favorite sons. Even worse, if a bill recently introduced in the Alabama State Senate passes the legislature, Moore could be the top judge on the state’s top court for almost another decade.

At least John Oliver will have a lot of material for his HBO comedy series.