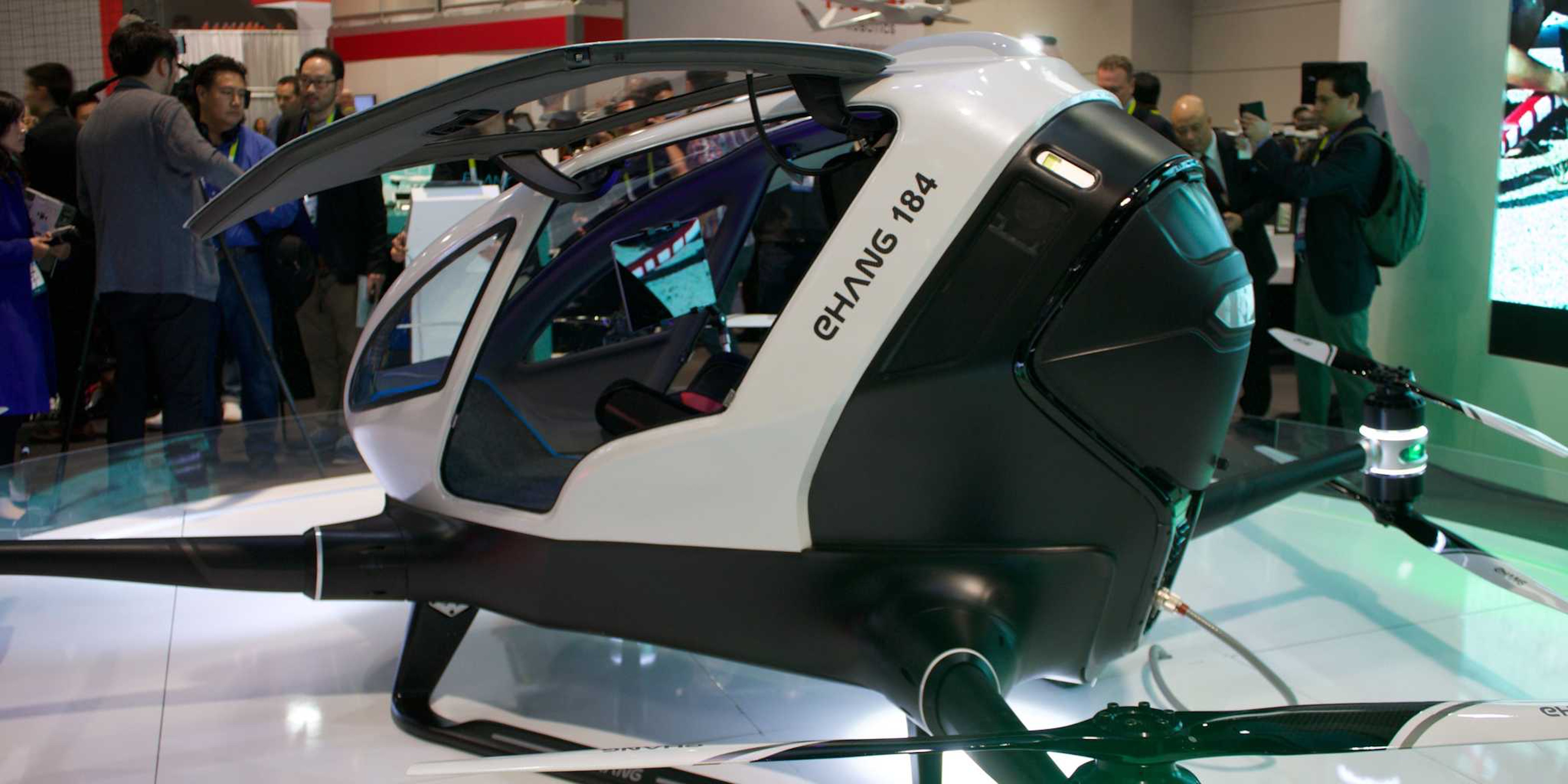 It fits one person and can fly for 23 minutes.

It can’t fly near the Las Vegas strip due to flight restrictions, but that didn’t stop drone maker EHang from unveiling the first-ever autonomous personal drone at CES this week.

The Chinese drone company debuted the EHang 184, a low-altitude passenger drone that doesn’t require a pilot. It gets its name from its one passenger size, eight propellers and four arms that extend off the body. 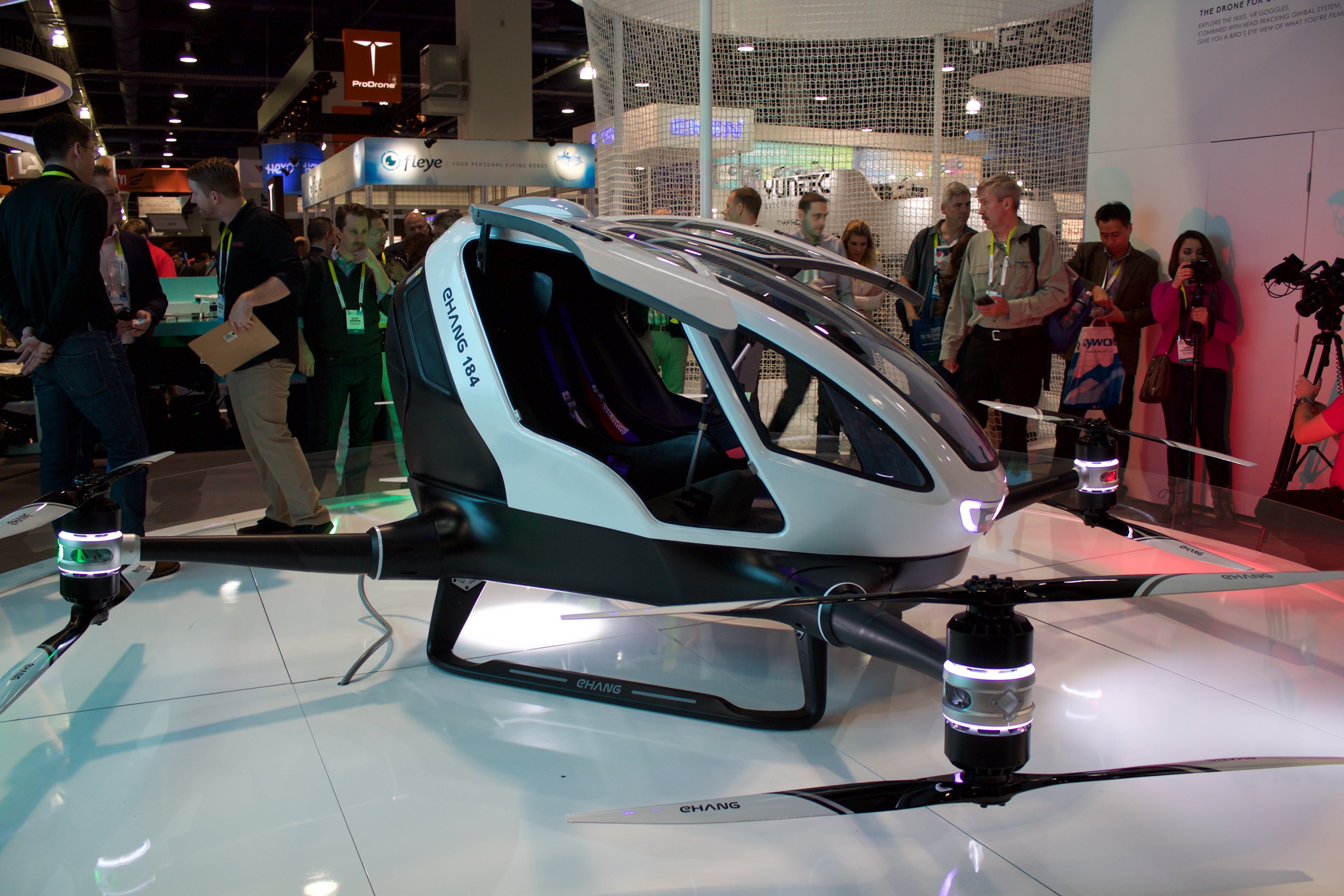 The entirely electric vehicle pairs with a mobile navigation app. The passenger enters a geographic location into the app via a map interface and the EHang automatically flies there, taking off vertically and landing in a similar fashion at the destination. The drone only has the capacity to carry one individual for 23 minutes, so as a transportation device, it’s uses are still fairly limited.

As Claire Chen, Vice President of Business Development at EHang explained, there is a built-in fail-safe system in the event of a malfunction, so the aircraft can detect damage and land if need be. Each piece of hardware on the aerial vehicle has built-in redundancy, so if, for instance, one of the propellers goes out, a backup will take over. Additionally, there are multiple flight controls within the drone that can override a malfunctioning control system.

An array of sensors across the drone’s body collect data about the environment such as weather, location, and proximity to other flying vehicles. If needed, this system can even prohibit takeoff during inclement weather. 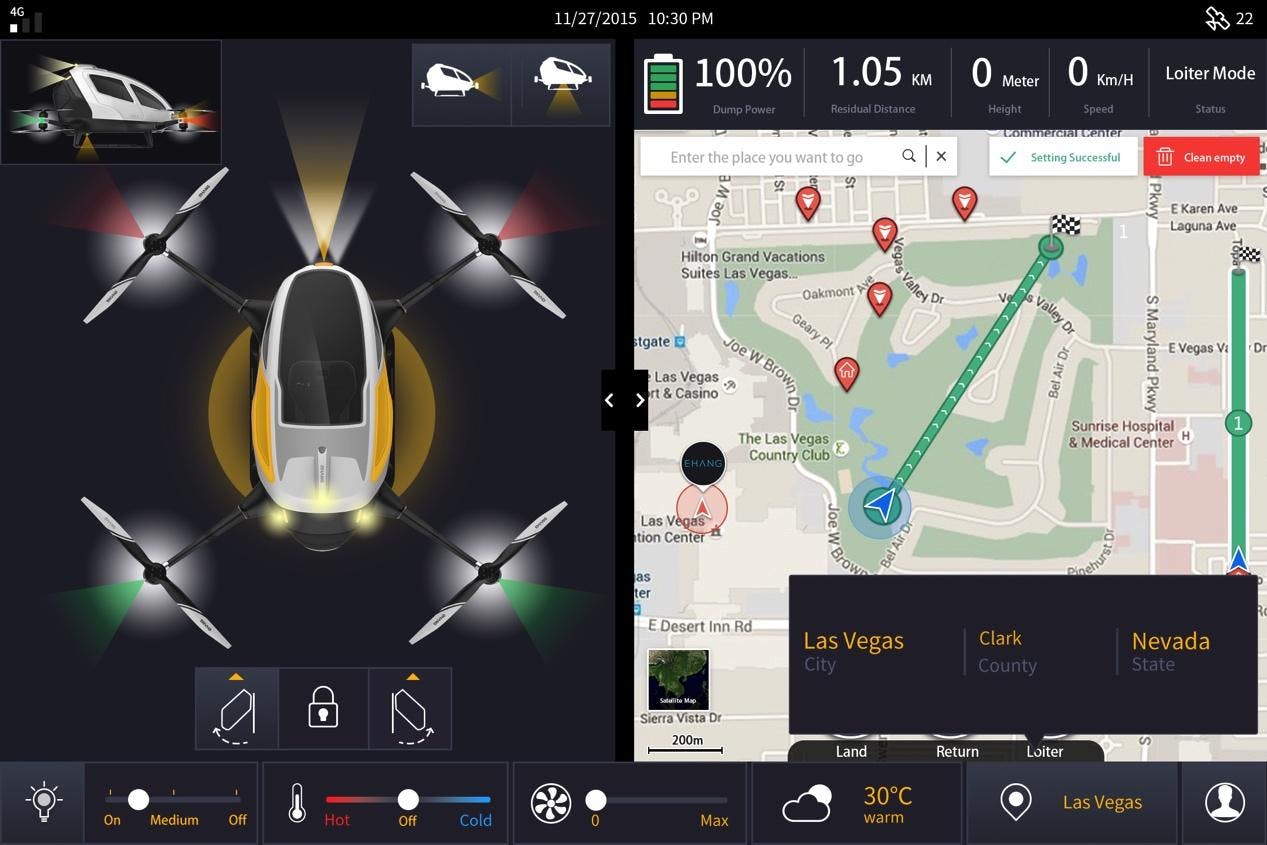 Though it’s not necessarily practical, the drone’s foldable arms, its ability to fly at up to 11,000 feet, and an impressive flight speed of about 60 mph make the EHang 184 just plain cool.

That is, if it works as promised.

Currently, the company has only flown the drone in China, but Chen said EHang is working on government regulations in many countries, including with the FAA here in the United States. When asked to comment on the autonomous drone, a spokesperson for the FAA provided the following statement to the Daily Dot:

We have heard about Ehang’s product at CES today and look forward to learning more.

Chen claims it’s not necessarily illegal in the States because it’s such a “disruptive” piece of technology, and each country has different rules. The FAA did not confirm whether or not the drone itself is legal by press time, but we’ll provide an update if additional clarification is offered. Chen said EHang is taking a “humble” approach to introducing the new transportation to government regulators. 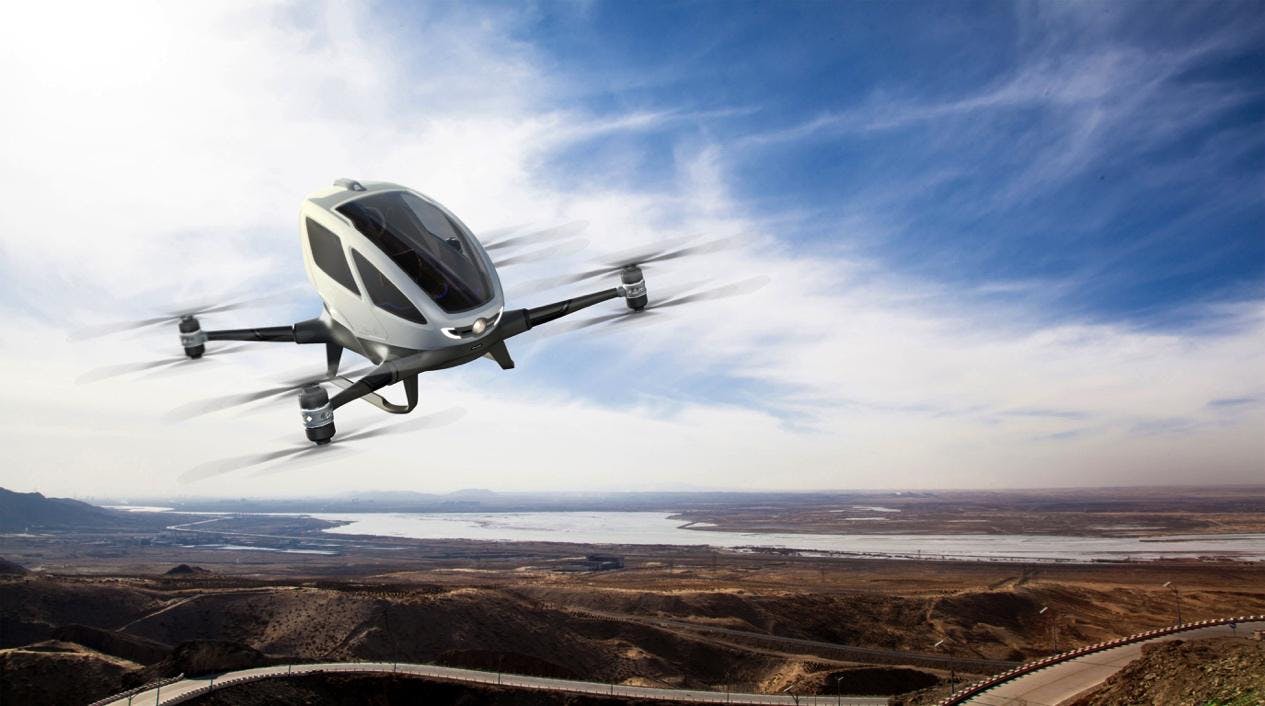 Chen boldly predicts that, within the next decade, his company’s drones might replace a portion of cars on the road. EHang is taking the 184 on a world tour this year, and once it’s available to consumers it will have a price tag “in the few hundred thousand dollar range,” Chen said, though the company hasn’t decided on an exact price. For that amount, it’s hard to imagine it will make many cars disappear in the next 10 years.

Update 8:53pm CT, Jan. 6: The FAA has provided the following updated statement on the legality of the drone: