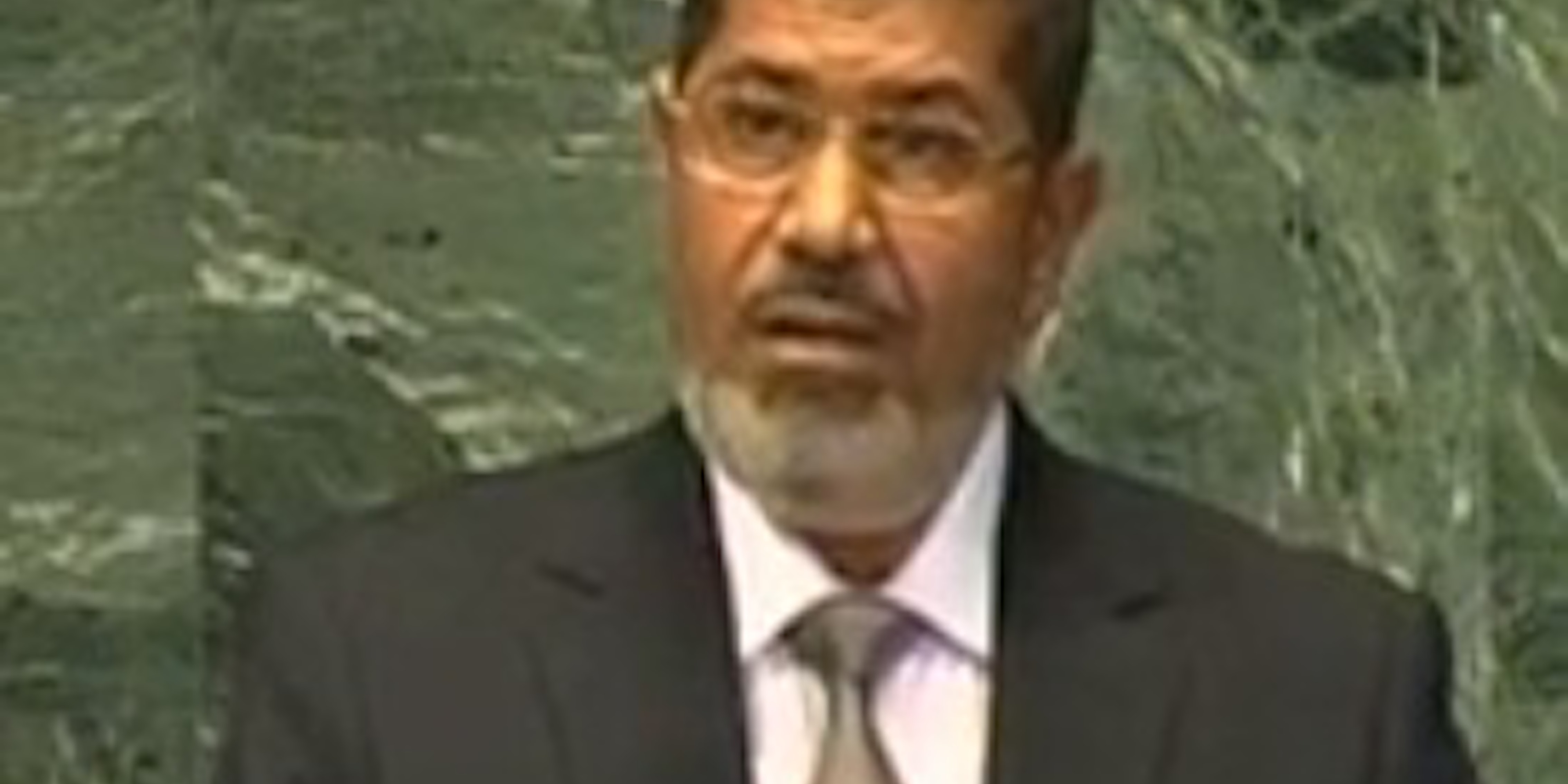 After claiming absolute authority for his laws, decrees and decisions Thusday, President Mohamed Morsi has apparently started blocking his critics on Twitter.

As Egypt President Mohamed Morsi issued a controversial decree Thursday, reports emerged that his Twitter account was blocking those who criticized him.

Morsi declared that no one may challenge his laws, decisions or decrees; banned courts from dissolving the constituent assembly (which is drawing up a new constitution); fired his chief prosecutor; and ordered a retrial of those accused of attacking protesters during last year’s Arab Spring uprising which ousted former president Hosni Mubarak.

As news of the declaration spread, so too did reports that the person(s) running Morsi’s verified Twitter account was blocking those who criticized the president.

Some referred to Morsi as a “dictator” for refusing to hear citizens’ complaints.

Morsi, who was elected in June, appointed Talaat Ibrahim as prosecutor general for a four-year term. According to RT, he previously attempted to remove Ibrahim’s predecessor, Abdel-Meguid Mahmoud, after Mubarak-era officials were cleared of the killing of Arab Spring protesters. Morsi ordered the retrial of those officials accused of killing, injuring, or terrorizing protesters.

For what it’s worth, ElBaradei is not following Morsi on Twitter, but it can’t be determined if that’s because Morsi’s account handler blocked his political opponent.