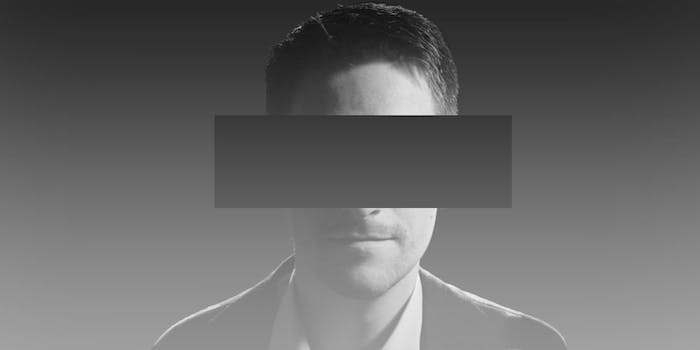 New York City officials have covered up a statue of NSA whistleblower Edward Snowden in the perfect metaphor for government secrecy and obfuscation.

Just like the bulk warrantless collection of Americans’ personal information, the coverup didn’t take very long. Animal New York followed a trio of artists who installed the reportedly 100-pound bust on a historic Revolutionary War monument in Brooklyn‘s Fort Greene Park in the wee hours of Monday morning. By early afternoon, city workers—apparently not immediately equipped to remove the four-foot-tall sculpture from the column to which it is fused—had simply thrown a tarp over it.

“Our goal is to bring a renewed vitality to the space and prompt even more visitors to ponder the sacrifices made for their freedoms,” the artists said in a statement.

It’s not immediately clear who is responsible for the coverup—a shadowy National Security Agency systems analyst gone rogue? President Obama himself? The New York City Department of Parks and Recreation deferred comment to the NYPD, which in turn would only tell the Daily Dot that it was “aware of the situation and the Intelligence Division is investigating.”

Update 2:05pm CT April 6: The parks department and the NYPD removed the sculpture on Monday afternoon. In an email to the Daily Dot, parks department spokeswoman Maeri Ferguson said, “The erection of any unapproved structure or artwork in a city park is illegal.”

Photo via Freedom of the Press Foundation/Wikimedia (CC BY 4.0) | Remix by Max Fleishman