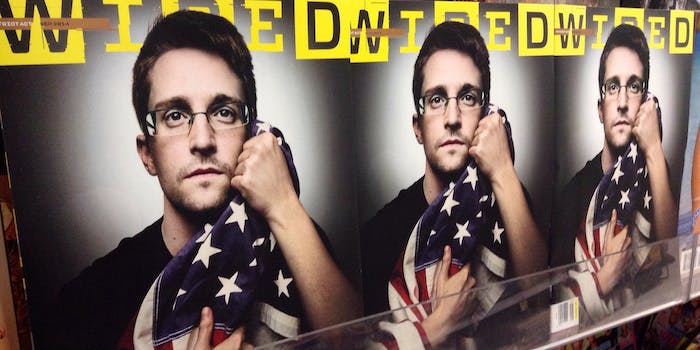 Americans largely oppose the idea of a pardon for NSA contractor-turned-whistleblower Edward Snowden.

A new Morning Consult poll found that only 33 percent of Americans said they would be OK with President Barack Obama pardoning Snowden, who stole a massive cache of documents from the National Security Agency and fled the United States. Snowden intended to seek refuge in another country but ended up stuck in Russia after the U.S. revoked his passport.

While the percentage of respondents opposing a pardon (43 percent) was just 10 points higher than those who support it, strong opposition (27 percent) outweighed strong support (16 percent).

A White House petition asking Obama to pardon Snowden received almost 170,000 signatures. In the government’s response to the petition, Lisa Monaco, Obama’s counterterrorism adviser, said that Snowden “should come home to the United States, and be judged by a jury of his peers—not hide behind the cover of an authoritarian regime.”

The subject of a pardon briefly flared up in the news again in early July when former Attorney General Eric Holder suggested that the benefits of Snowden’s actions had opened the door to a possible plea bargain. Snowden’s lawyer has consistently opposed the idea of his client pleading guilty to any of the government’s charges, but he praised Holder for being the first Cabinet-level official to acknowledge the benefits of the leaks.

The question of whether Snowden’s actions befitted a hero or a traitor has divided Americans along age as well as party lines. A January 2014 Pew Research Center/USA Today poll found that Americans between the ages of 18 and 29 were evenly split over whether the government should pursue its criminal case against Snowden, with 42 percent on both sides. In older age groups, the numbers skewed toward pursuing the case.

The new Morning Consult poll surveyed 2,069 registered voters in late July and early August. Its margin of error was ± 2 percent.