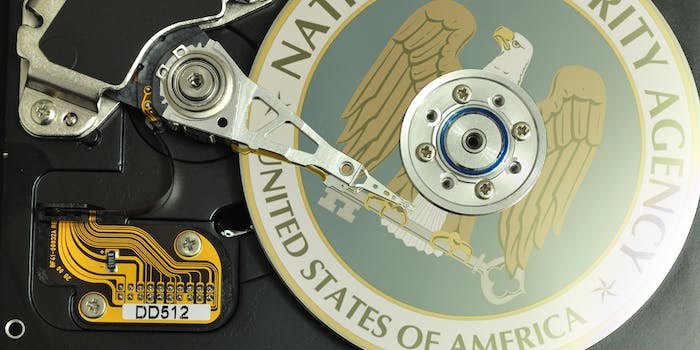 Official on Snowden’s ‘doomsday’ cache: the ‘worst is yet to come’

If Snowden's secret document trove is true, officials said, the worst is yet to come.

U.S. and British intelligence agents fear that former National Security Agency contractor Edward Snowden has stored a massive number of classified documents on a data cloud that he will release if he is captured.

According to Reuters, a handful of intelligence officials have expressed concern that Snowden has a sort of “doomsday” cache of sensitive documents he took from the NSA and the U.K. Government Communications Headquarters.

Snowden is currently living in Russia, where he has been granted temporary asylum for one year. If he returns to the U.S., he will face espionage charges for leaking a massive trove of intelligence documents that revealed how the NSA and the GCHQ each engage in dragnet surveillance operations.

There appears to be little doubt such a cache exists. Glenn Greenwald, the former Guardian journalist who worked closely with Snowden to begin publishing his leaks back in June, told the Daily Beast, “If anything happens at all to Edward Snowden, he has arranged for [people around the world] to get access to the full archives.” It is unclear where it is, and what exactly it contains.

According to Reuters, it is estimated that Snowden walked off with some 50 to 200,000 sensitive NSA and GCHQ documents. This includes the resumes of GCHQ agents which, presumably, contain their sensitive personal information.

The group of off-the-record officials that spoke to Reuters estimated the trove of classified reports could keep the NSA in the news for years.

Whether or not Snowden has more documents than he handed over to the Guardian last spring is also unclear. Greenwald told the Daily Beast he wasn’t sure if the former contractor gave him everything, but he suspected that Snowden did not.

It seems the most incriminating documents taken by Snowden have yet to be published. One intelligence official told Reuters, “the worst is yet to come.”

For the time being, it seems the U.S. government has given up publicly pursuing Snowden. And given Snowden’s asylum status, it seems unlikely he will be captured soon, making the release of the so-called doomsday cache an unlikely scenario.

However, it appears the larger concern is whether foreign governments like China or Russia know where the documents are stored. At least according to the officials spoken to by Reuters, it is believed Chinese and Russian cryptographers would have the ability to decrypt the information if they located it on the cloud.

But if the NSA, with all its surveillance, can’t find Snowden’s document dump on the cloud, it’s hard to imagine anyone else will.