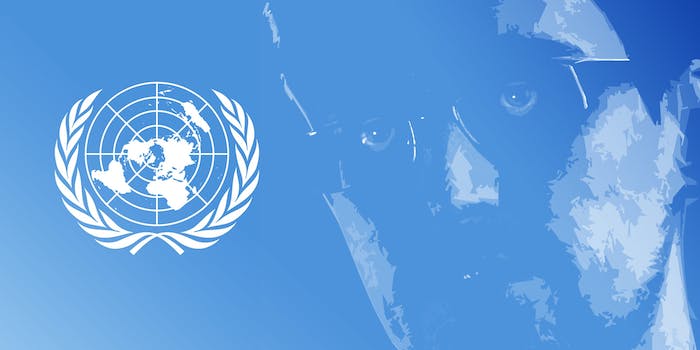 Where will Edward Snowden land after Russia? Our bookie has the odds

The smart bet might not be where you think.

It’s been a smidge more than a year since the first revelations about the extent of the National Security Agency surveillance broke, prompted by leaks from contractor-turned-whistleblower Edward Snowden. As he revealed himself in Hong Kong before fleeing to Russia, the whole world watched and waited with bated breath to see where he’d move to next… and kept waiting.

His passport revoked by the U.S., Snowden was left in limbo in a Moscow transit lounge for weeks, unsure of where to turn. Finally, after considering multiple options, Snowden emerged blinking from Sheremetyevo International Airport into Russia proper, where he has remained ever since, at the pleasure of the Kremlin.

But what’s in store for the 30-year old Hawaiian now? His Russian temporary visa is only valid for a year, and is due to expire on July 31, 2014. We teamed up with bookies at William Hill to calculate where the whistleblower—should Russia reject his asylum extension—might head next. The U.S. might seem like the last place on Snowden’s list. Sure, Secretary of State John Kerry has offered to fly him home free of charge—but he’s also denounced Snowden as a “coward” and a “traitor.”

The former government contractor also faces charges under the Espionage Act. And yet, Snowden reportedly has at least one attorney working on a plea deal that would presumably let him return home.

Daniel Ellsberg, the whistleblower responsible for the Pentagon Papers, has also issued a warning to Snowden to stay away from his homeland, claiming he “would not get a fair trial” in today’s political climate. Nonetheless, Snowden may ultimately decide to fight his corner, and face the American public—prejudiced trial or no.

Alternately, Snowden may end up in America by no choice of his own. The odds William Hill produced were based on Snowden landing in another country en route to some yet-unknown country that betrays him to U.S. authorities —whether the Hawaiian travels to the U.S. willingly is irrelevant. Last July, the U.S. had the Bolivian president’s plane forced down in Vienna and searched over fears the whistleblower might be on board. As such, there’s a real risk that no matter where Snowden intends to relocate to, he’ll simply never make it there. 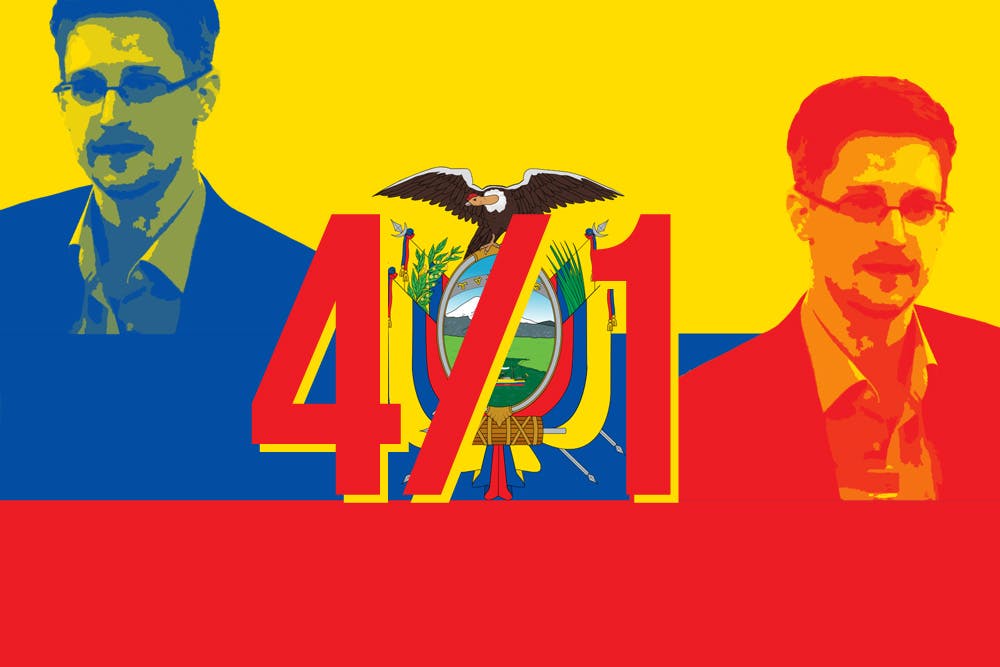 The South American nation Ecuador is a real possibility, says William Hill’s bookies. The Ecuadorian government already plays host to one whistleblower-activist that’s fallen foul of the U.S., with the fugitive Julian Assange sheltering indefinitely in their London embassy.

Ecuador’s president, Rafael Correa, also described Snowden last year as a “man who is trying to shine a light and show transparency over acts that have affected the fundamental liberty of all people.” The country even issued Snowden temporary travel documents and helped facilitate his passage from Hong Kong to Russia—thought it has since disavowed the documents’ validity, and now says Snowden must reach Ecuadorian soil (whether that’s an embassy or Ecuador proper) before they can consider his request for asylum. 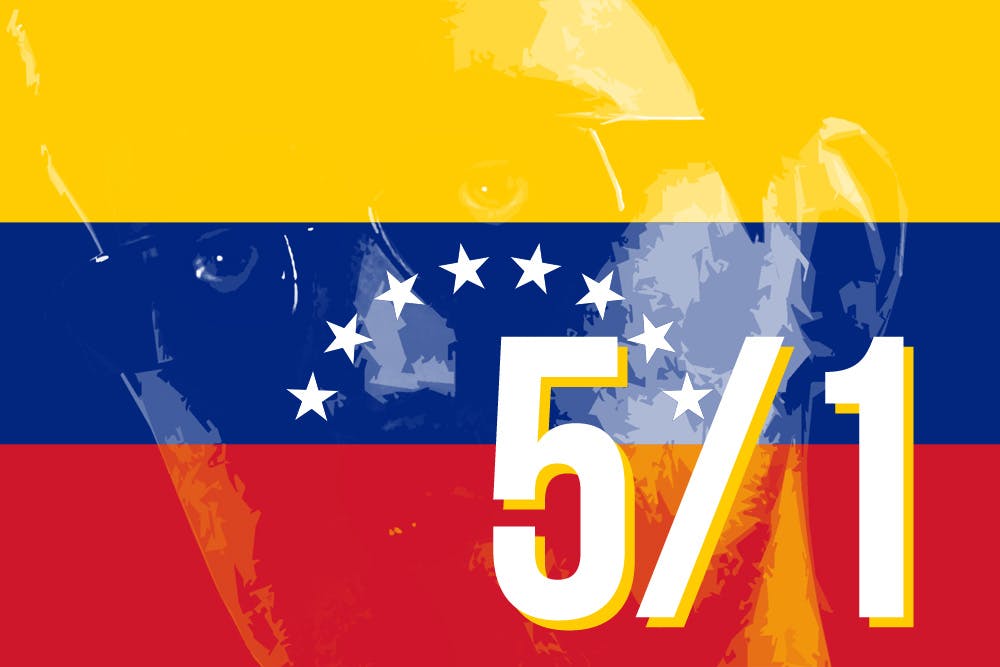 Venezuela has—along with Bolivia and Nicaragua—formally offered Snowden asylum. The only problem is how the former NSA contractor hopes to get there. The U.S. has reportedly threatened Venezuela with sanctions should this promise of asylum ever materialize.

Contrary to popular belief, Venezuela does have an extradition treaty with the U.S. (dating back to 1922), but it is limited, and rarely followed. 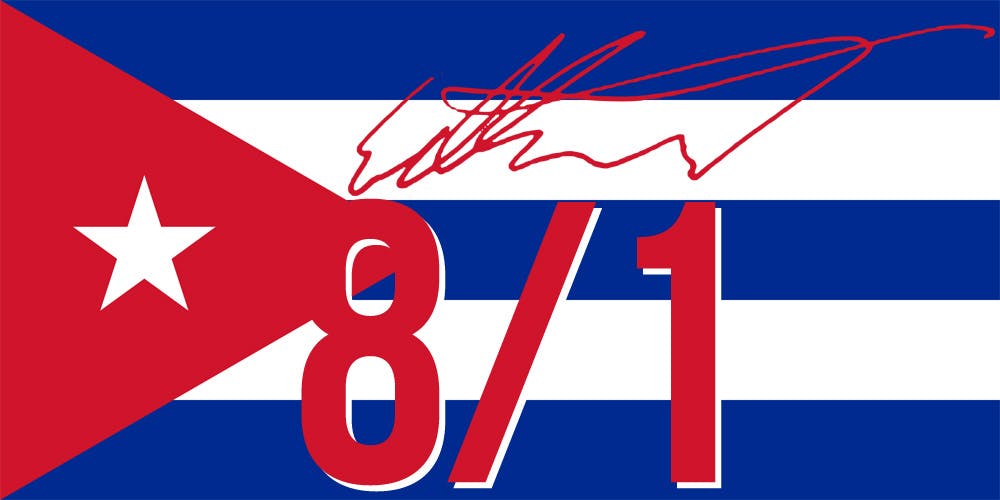 If Venezuela’s (disregarded) extradition treaty is a little off-putting, then Cuba might be a better shot. With effectively no diplomatic relations with the United States, there’s little risk that government agents will come knocking. The Castro regime’s hold on power shows little sign of slipping, however, and Snowden may not want to leave one authoritarian state for another. (Not to mention that he’d be dangerously close to Guantanamo Bay.) 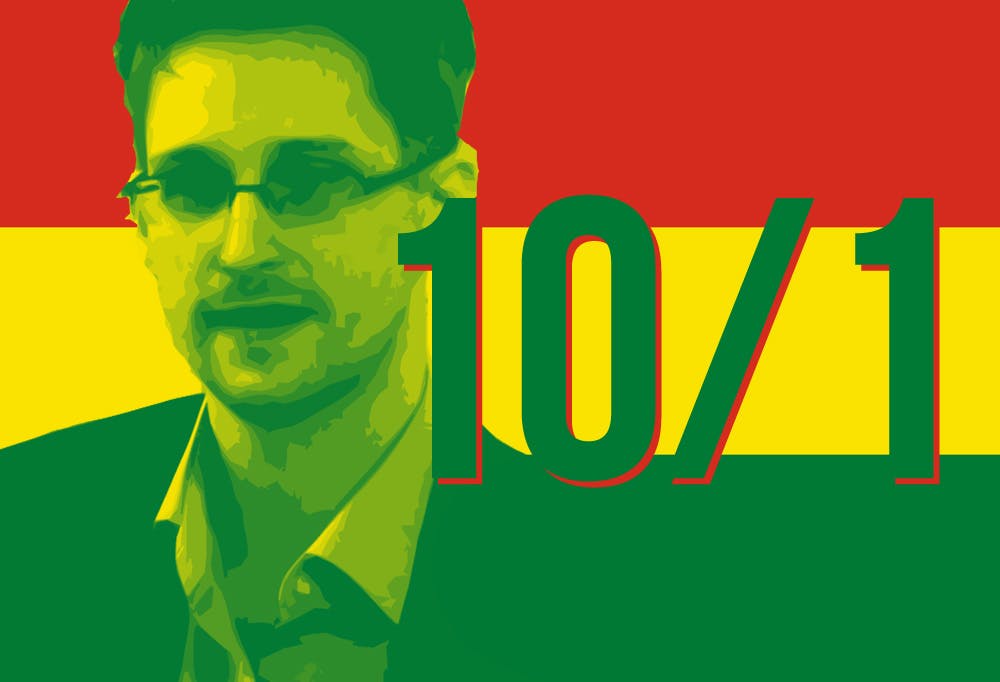 Bolivia has previously been linked to Snowden, when President Evo Morales’ private jet was forced down in Vienna last summer. In the aftermath a furious Morales threaten to close down the U.S. embassy in Bolivia, and said that Snowden was welcome in his country. The trouble, of course, is getting him to the South American nation without U.S. interception. 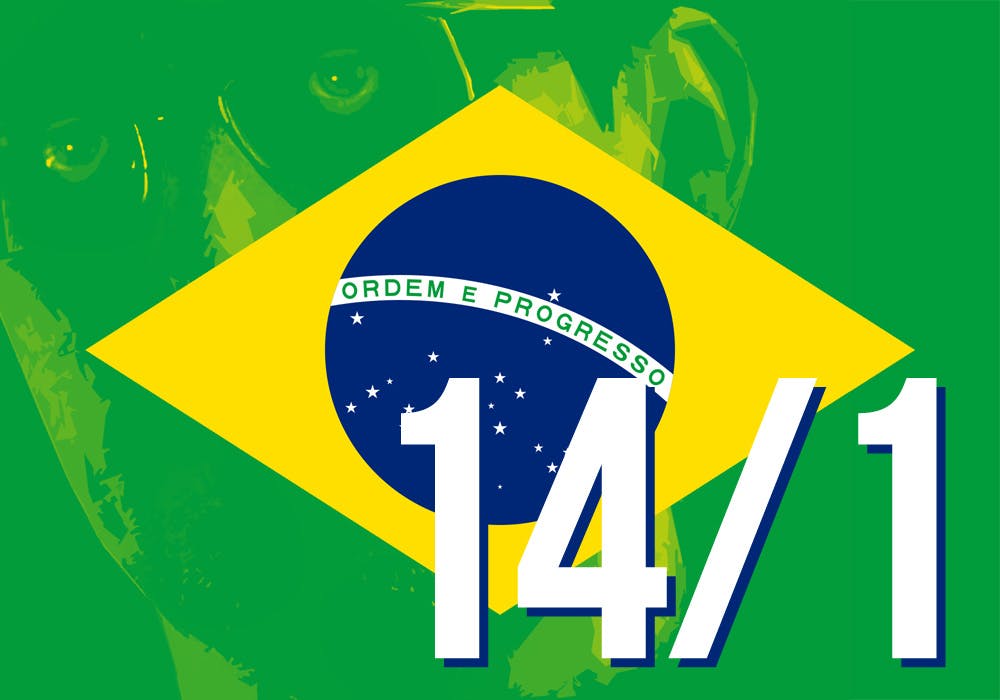 In a recent interview with Globo TV, Edward Snowden said he was looking at the possibility of asylum in Brazil after formally applying a year ago while stuck in Moscow’s Sheremetyevo terminal. The prospect of being in the same country as Glenn Greenwald—one of the key journalists working on the documents leaked—may also be appealing to the whistleblower. 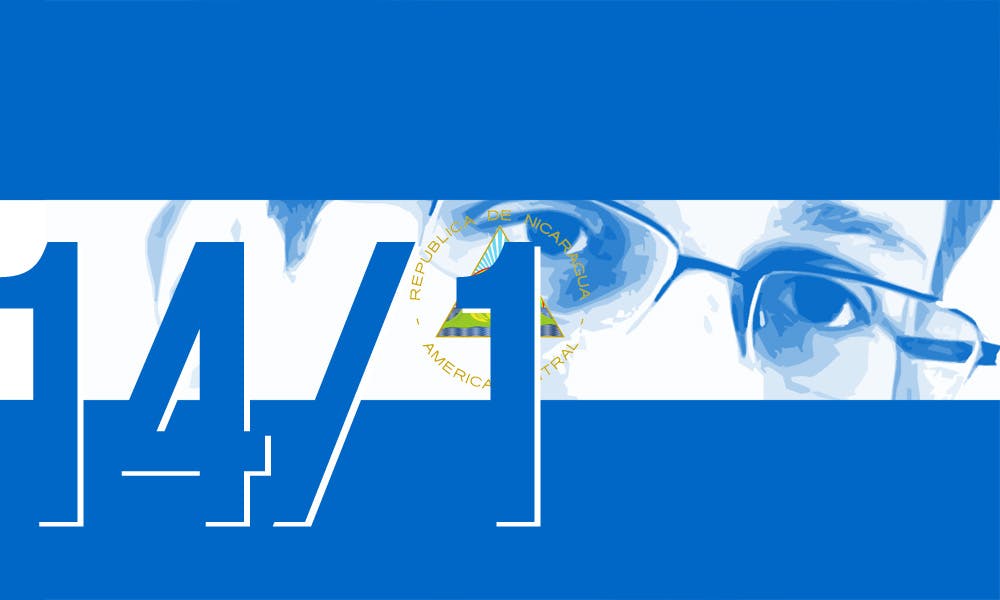 Another Latin American nation, another offer of asylum with no way to get there. Snowden’s formal letter of application was released by Russia Today, and can be read here. Nicaragua President Daniel Ortega made the asylum offer after the U.S. grounded Bolivian President Morales’s plane last year.

“We are an open country, respectful of the right of asylum, and it’s clear that if circumstances permit, we would gladly receive Snowden and give him asylum in Nicaragua,” Ortega said at the time. 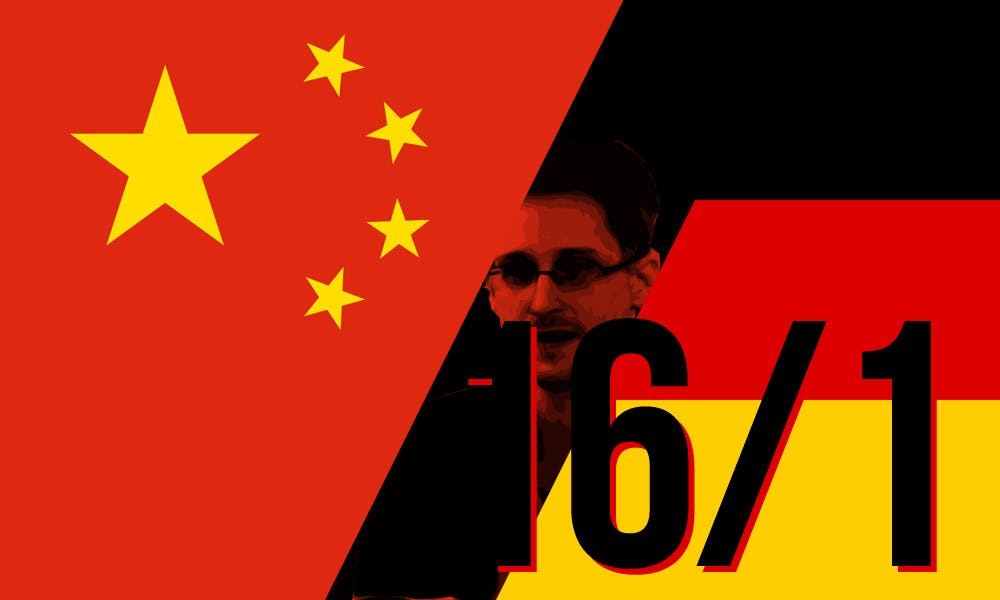 China, on the face of it, seems an attractive prospect for Snowden: It’s a nation prepared to stand up to America, and getting there wouldn’t necessitate crossing European airspace and all the risks that entails. But at the same time, you’ve got to ask why Snowden would want to go there. Unless Snowden is forced out of Russia, one assumes he will relocate for political reasons as much as anything: As an authoritarian regime much like Russia, China lacks the fiercely democratic nature Snowden claims to uphold.

The German response to Snowden’s NSA spying revelations has been heated, but this hasn’t yet translated into any offer of asylum—despite outrage over America’s bugging of German Chancellor Angela Merkel’s phone, the two superpowers remain close allies. For a while, Germany mulled over the notion of having Snowden come in person to testify in an inquiry into NSA spying, but definitively ruled it out in May this year because of the “grave and permanent strain” it’d put on U.S.-German relations. 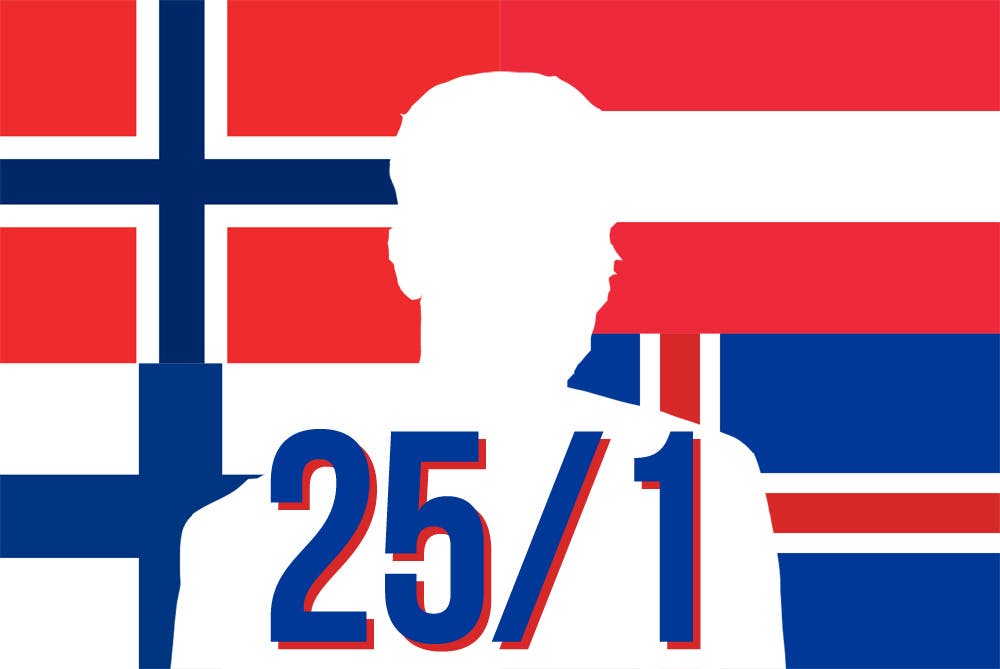 We’re getting into dubious territory here—it was Austria that forced down Morales’ plane at the behest of U.S. authorities after all. And if Snowden doesn’t intend to return to the U.S. voluntarily, it’s unlikely he’ll opt for a country that exhibits zeal at the prospect of doing America’s bidding.

Iceland, meanwhile, might try to frame itself as a “haven for free speech,” but that didn’t stop its parliament from declining Snowden’s asylum application last year.

Finland has previously told Snowden they can’t accept any asylum application unless made from within the country—which would be a massive gamble on his part, with no guarantee of success. 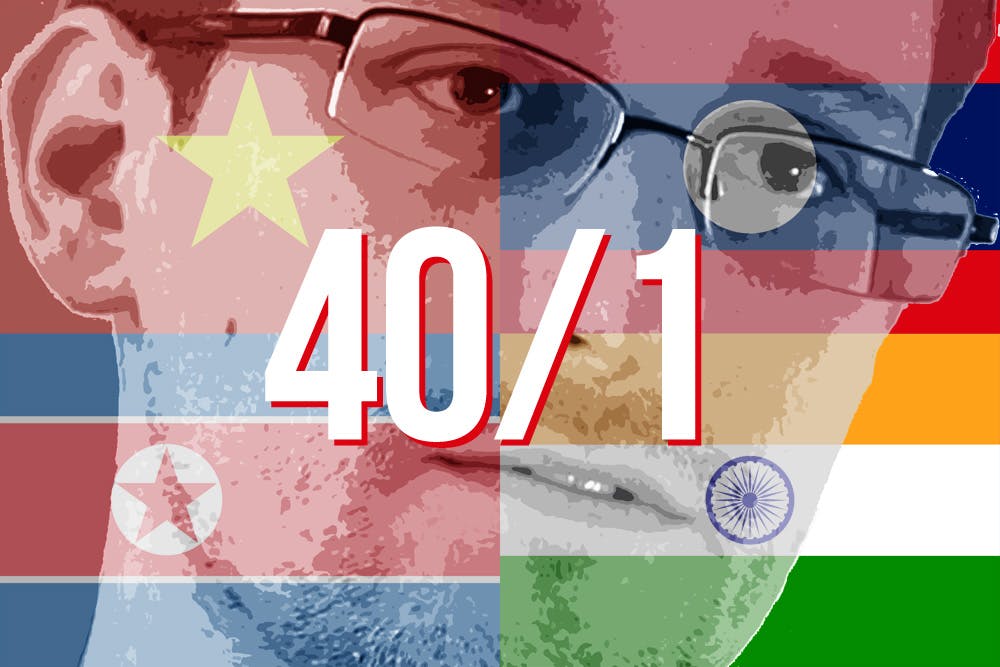 With odds like these, the chance of one of these countries playing host to Snowden next is effectively nil. India has publicly stated that they “see no reason to accede to the Snowden request,” while it’s difficult to fathom a situation in which Snowden would choose to relocate to Vietnam or Laos unless he had no other choice.

North Korea has used Snowden in their propaganda videos, but it’s unlikely that the oppressive, torturous totalitarian state would welcome the outspoken human rights activist with open arms—or the other way around. 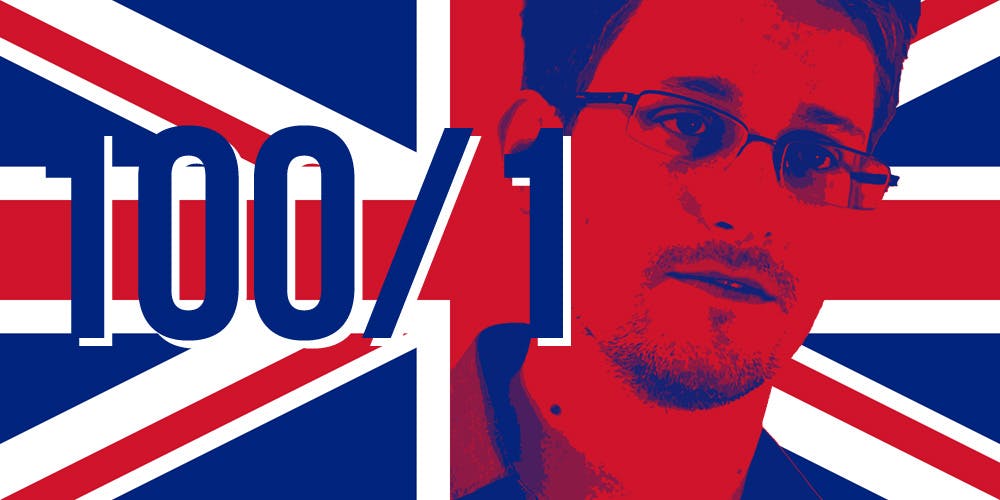 From senior British politicians lining up to damn Snowden for his leaks to the incredibly muted response in the British media to the spying revelations—and let’s not forget the actions of NSA’s partner in mass surveillance, GCHQ—it’s easy to see why Snowden would never choose to come to the U.K. Still, below North Korea? That’s gotta smart. 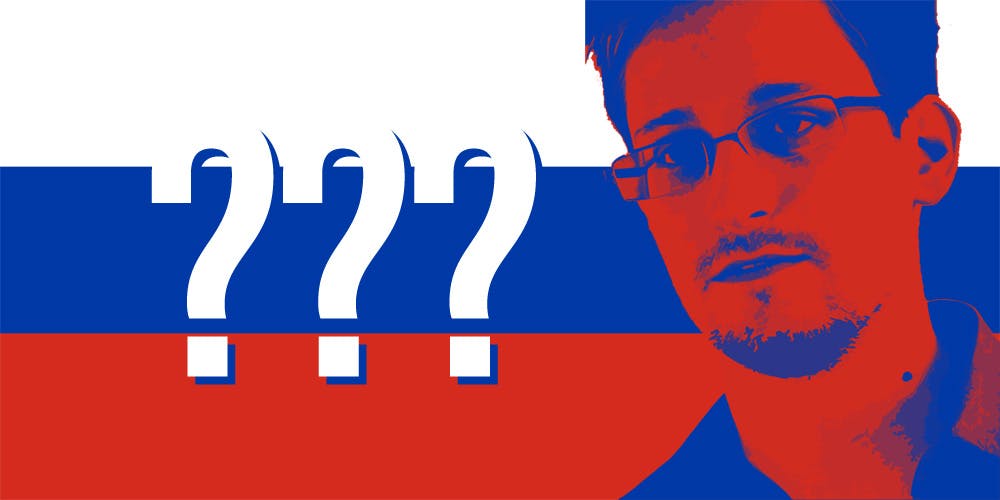 So, what if Snowden just doesn’t leave Russia? William Hill declined to produce odds on whether Snowden’s asylum extension would be accepted, or whether he would still be in Russia in five years time—probably because they’re both highly likely. Almost no-one realistically expects Russia to deny Snowden come July, and the prospect of Snowden remaining holed up in an undisclosed Russian location indefinitely seems probable.

Sure—in twenty years time, Snowden may tire of hiding out and return to America, for better or worse. But our money’s on the prediction of Iain MacAskill, one of the Guardian journalists who worked with Snowden on the initial leaks, who told the Daily Dot that he expects Snowden to languish in Russia “for very many years to come.”