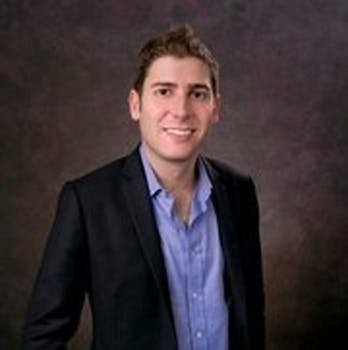 On the cusp of Facebook’s IPO, its estranged cofounder Eduardo Saverin took to the site to offer goodwill and nostalgia.

“I as co-founder wanted to look back and cherish Facebook’s early beginning. Congrats to everyone involved in the project from day one till today, and I especially wanted to congratulate Mark Zukerberg on keeping tremendous stead-fast focus, however hard that was, on making the world a more open and connected place.”

A native of Brazil, Saverin wrote the message in both English and Portuguese.

Until recently, Saverin has been mostly perceived as a sympathetic figure. In the movie The Social Network, his character was betrayed by Facebook owner Mark Zuckerberg.

Saverin was recently criticized, however, for abruptly renouncing U.S. citizenship and moving to Singapore. Though he insisted it was simply because he loves living in Singapore, choosing to move right before before Facebook went public is estimated to have saved him from paying about $67 million in U.S. taxes.

The message resonated with users so far, with nearly 5,000 likes.

“very kind of you to share this moment with us,” Nii Andrews wrote.

However, several users are using this as a platform to question his citizenship.

“Wait. You gave up your US citizenship so you won’t pay taxes. You take advantage and basically rape this country for all you can get and when is time to pay your due you run out?” asked Peat Vazquez.

“I think you’re a jerk. The United States gave you the opportunity to create massive wealth & you, in your sociopathy, refuse to acknowledge all this country gave you,” wrote Rachel Heerema.

Saverin, who actually filed to give up his U.S. citizenship in January 2011, responded to the controversy in a public statement.

“I have paid and will continue to pay any taxes due on everything I earned while a U.S. citizen. It is unfortunate that my personal choice has led to a public debate, based not on the facts, but entirely on speculation and misinformation.”