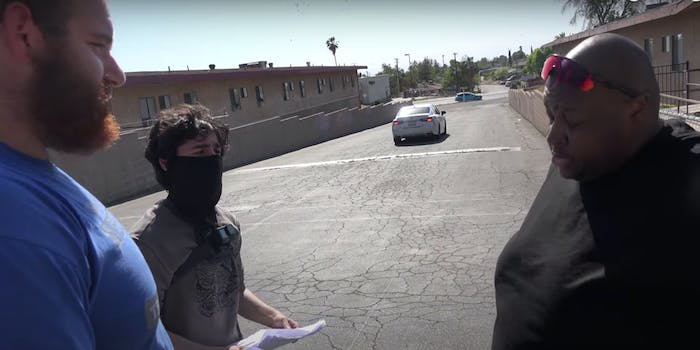 Bryant Moreland, a YouTuber known as EDP445, has deleted all of his videos from the platform. While the move received more recognition after Moreland was caught allegedly trying to meet a supposed 13-year-old in an online vigilante sting operation, he announced plans to erase his online presence days prior.

Moreland—whose online name stands for “eat dat pussy”—is a 30-year-old YouTuber who gained online fame for his vlogs and on-screen rants. But his career tanked after he was caught by a man who live-streamed alleged chat logs between Moreland and the decoy 13-year-old, named Sophie.

In the video, Moreland says he’s “not a pedophile” while also admitting he fantasizes about women “under the age of 16,” Insider reports.

But without addressing his sexually explicit texts, Moreland posted a video update to his second YouTube channel—EDP445 2.0—announcing the deletion of his videos. The video announcing the impending deletion was posted on April 16, before the sting.

“Every single video I’ll be deleting on my main channel,” he says. “So if you guys want to sit back and download you fucking favorite videos … this is you fucking chance.” Moreland has not said anything more publicly about his interactions with “Sophie.” In a since-deleted video, though, he says he wouldn’t “throw away his life” for a girl who “hasn’t even heard about the Pythagorean theorem.”