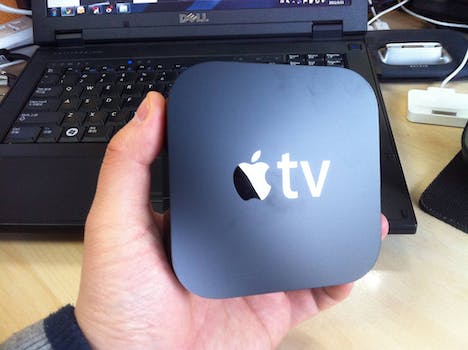 Apple TV not looking to compete with Netflix for now

Apple announced in March that Apple TV would be expanding its service into the realm of original content. Shows from will.i.am and TV executives Ben Silverman and Howard Owens would be coming to the service, but details were scarce. The big question was whether that announcement marked the beginning of Apple’s quest to become the next Netflix?

The answer, according to a new interview with Eddy Cue is a simple “no.”

Speaking with the Hollywood Reporter, Cue, Apple’s senior vice president of internet software and services, explained the company’s long game is focused on making Apple TV the best platform it can be. If that means creating shows that will compliment that platform, so be it. When pressed by Hollywood Reporter if Cue thought Apple would ever expand into a show packaged with a big star, the executive said that’s not the goal right now.

Of course, that doesn’t mean Apple doesn’t have shows coming in the pipeline. Silverman’s app-based show is still on the way, and while Cue wouldn’t comment on the rumored scripted Dr. Dre series, he also didn’t deny its existence.

At the moment, it appears Apple is simply trying to improve its platform. The question remains, “What will the most profitable company in the world make once it has the platform it wants?”

After all, Cue didn’t say no about Apple going after the livestreaming giants. He just said, “Not right now.”