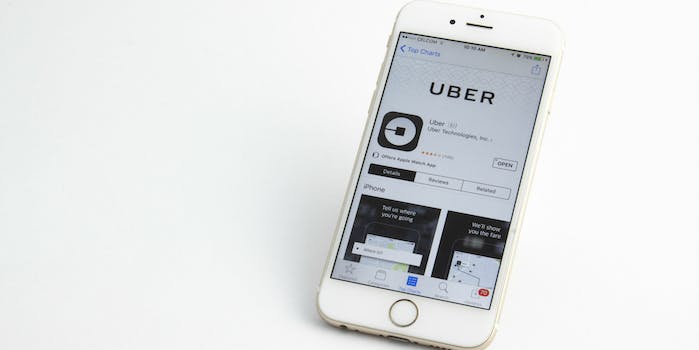 A new report says the average income of Uber drivers is lower than the minimum wage in many cities, but the ride-hailing giant disputes the findings.

The latest figures come from the Economic Policy Institute, a nonprofit pro-labor think tank. On Tuesday, it released a report claiming drivers earn $11.77 an hour after commission and expenses and $10.87 an hour once Medicare and social security are accounted for. The W-2 equivalent hourly wage after taking home basic benefits is just $9.21.

These figures were determined by taking the estimated gross fare per hour at $24.77, deducting about a third in commissions and fees, and factoring in vehicle expenses like gas and maintenance costs. That puts Uber in the 10th percentile of private-sector wages, meaning drivers make less than what 90 percent of Americans earn per hour.

“It’s more low wage than I thought, to tell you the truth,” Lawrence Mishel, a labor economist and former EPI president who authored the report, told Quartz. “My sense is that taxi driving used to be an occupation that provided a very modest middle-class income, and that just doesn’t seem to be the case anymore.”

Uber contested the results in a statement to the Daily Dot.

“While we appreciate EPI’s contribution to this important topic of research, the paper makes several questionable claims and assumptions while altogether ignoring the flexibility drivers tell us they value and cannot find in traditional jobs,” a spokesperson said.

How much independent ride-hailing drivers get paid hourly has long been a point of contention. The debate shouldn’t be blamed entirely on Uber, either. While the company doesn’t offer clear-cut statistics on how much its drivers earn, several factors make it difficult to pin down.

As anyone who has used the service knows, rates differ by market and fluctuate depending on the time of day. The amount riders are charged determines how much drivers get paid. This pricing structure is hard to work with, and Uber has made several changes affecting driver income. Gas prices and the depreciation and maintenance of vehicles are additional factors.

Despite these challenges, several studies have estimated ride-hailing driver wages over the years with results ranging from around $3.00 an hour to more than $20.00. The EPI’s figures are in line with other recent studies but far less than Uber’s claims.

In 2016, BuzzFeed News published a report using internal data that showed drivers make an average of $13.25 an hour before expenses. The report looked at three major markets: Denver, Houston, and Detroit, and found the average after expenses to be roughly $10.00, or about minimum wage in several major cities.

MIT, after correcting a flawed study that claimed Uber drivers made less than $4, said drivers make between $8.55 and $10. Uber, on the other hand, said in 2015 that drivers in its top 20 markets earned, on average, more than $19 an hour excluding expenses.