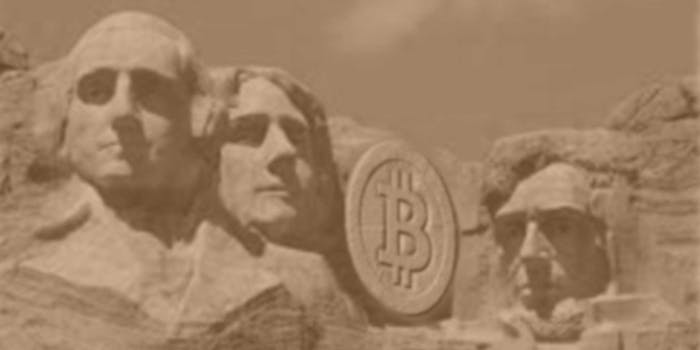 What the Dwolla seizure means for Bitcoin’s future

With all Dwolla payments to and from Mt. Gox frozen by Homeland Security, what's next for Bitcoin?

A federal warrant was made public Wednesday explaining why the Department of Homeland Security (DHS) seized an online payment account that belongs to the world’s largest Bitcoin exchange, Mt. Gox.

Mt. Gox, it turns out, failed to register one of its subsidiaries as a “money services business,” something all Bitcoin businesses have been required to do since late March, when the U.S. Treasury issued a FinCEN statement on virtual currency.

Bitcoin has assumed a higher public profile after  Cyprus’s banking emergency, its inclusion in the American financial regulatory framework, and by increasing press coverage on, among other things, its volatility.

Now, in the wake of a series of massive distributed denial of service attacks and a lawsuit filed by another Bitcoin company it was supposed to be cooperating with, Mt. Gox has had the funds in its Dwolla account frozen. Dwolla, an online payment service similar to PayPal, is a popular way of purchasing bitcoins from the exchange, and the Bitcoin trade makes up a huge percentage of Dwolla’s total business.

With all Dwolla payments to and from Mt. Gox frozen by DHS and U.S. Immigration and Customs Enforcement, we wondered how this would affect Bitcoin and its businesses and investors in the future.

We also wondered how this particular action was arrived at. As far as we knew, the only governmental statement of any import on digital currencies was the FinCEN statement. It seemed broad enough that we expected more specific statements to be issued by law enforcement before anyone were hit with an injunction. What did we miss? Is the FinCEN statement considered binding in terms of the law?

So, we asked the DHS.

However, Nicole Navas, the public affairs rep for the DHS replied only, “In order not to compromise this ongoing investigation being conducted by ICE Homeland Security Investigations (HSI) Baltimore, we cannot comment beyond the information in the warrant.”

So we contacted a few people who are involved in making their living from BTC and asked them how they thought the seizure of Mt. Gox’s account would change the digital crypto-currency’s chances of sticking around long enough to make a difference.

“PayPal came within an inch of being shut down by regulators when they started,” said Roger Ver, CEO of BitInstant. “The feds seizing the Dwolla account and stealing the money that is owned by Mt. Gox customers is more proof that Bitcoin is the superior payment system. We will never hear about people’s Bitcoin accounts being frozen, or seized by a government agency.”

He meant that as BTC itself has proven largely tamper-proof, so this seizure is not an indictment of the currency itself nor of its value and future potential value.

Erik Voorhees, the CEO of Coinapult, agrees. He even feels the action may prove to be a benefit to the currency and its proponents.

“The Dwolla incident was to be expected,” Voorhees told the Daily Dot. “The government will go after sites that it thinks are supposed to register as money transmitters. Some Bitcoin companies will register as such, and some won’t, but business will carry on regardless.

“It will be interesting to see if this recent incident ends with Gox’s Dwolla account, or if they actually try to go after Gox.”

The exchange itself is located in Japan and registered as a Japanese business entity, while Dwolla is a U.S. business based in Iowa.

“Honestly this incident will probably be good in the long term,” said Voorhees, “since people will have a reason to start using other exchanges. The Bitcoin market will route around any of these types of disruptions.”

Mt. Gox carries approximately 80 percent of the world’s daily Bitcoin transactions, despite the existence of several alternatives. Perhaps this action will boost the development of the exchange ecosystem globally.