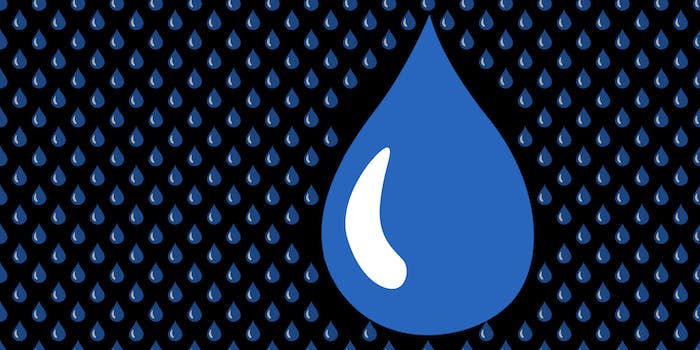 Is Dropon the new Ello?

Our privacy matters, or at least that’s what we’re told. Social sites tell us this all the time, but given their incentive to sell off our data, it’s difficult to believe their message.

Enter Dropon. Branded as “the social network that gives a [email protected]#$ about your privacy,” the company took everything it perceived as wrong with Facebook, Twitter, Ello, and other social networks to create a space for friends to keep it simple. Making its debut last year, Dropon joins a slew of other sites hoping to extract apprehensive users from other social networking sites and provide them with a safer, more personal domain.

The biggest draw to the site is its promise to keep user information private. Personal information will never be sold to third party companies unless required by law, according to their website, and all data collected while using the site is encrypted.

Furthermore, the company’s servers are located in Canada, where privacy laws are stricter. If the company grows, it expects to maintain its promise. “Our plan is to have servers only in countries where we share the same level of respect for privacy,” Reddit user your_privacy_matters (the Dropon CEO) wrote in a thread answering questions about the site.

The other main difference between Dropon and other sites is its tagging method. Instead of hashtags, which the team argues can be cluttered (i.e. #cats, #catsofinstagram, #instacat, #cute, #animals, etc.), users are only allowed to choose one word to tag a post with.

From there, you can also follow pages dealing with different topics. Dropon’s feeds constantly refresh to make sure that users see what’s prevalent at the time rather than what’s popular.

“For example, a post submitted yesterday with 100 likes might be ranked lower than a post submitted 30 minutes ago with 10 likes,” Dropon user Rick Flether wrote in a Medium post explaining his early experiences with the site. “What this allows for is constantly evolving and adapting pages, even for specific tags.”

These features come together on a clean, intuitive site that seems to mimic and combine common elements of other social media news feeds: The majority of the screen is given to posts by other people and sidebars on either side are filled with information like trending topics. Users can follow what their friends are saying as well as topic-specific pages. Top tags on the side of the screen show you what’s trending. 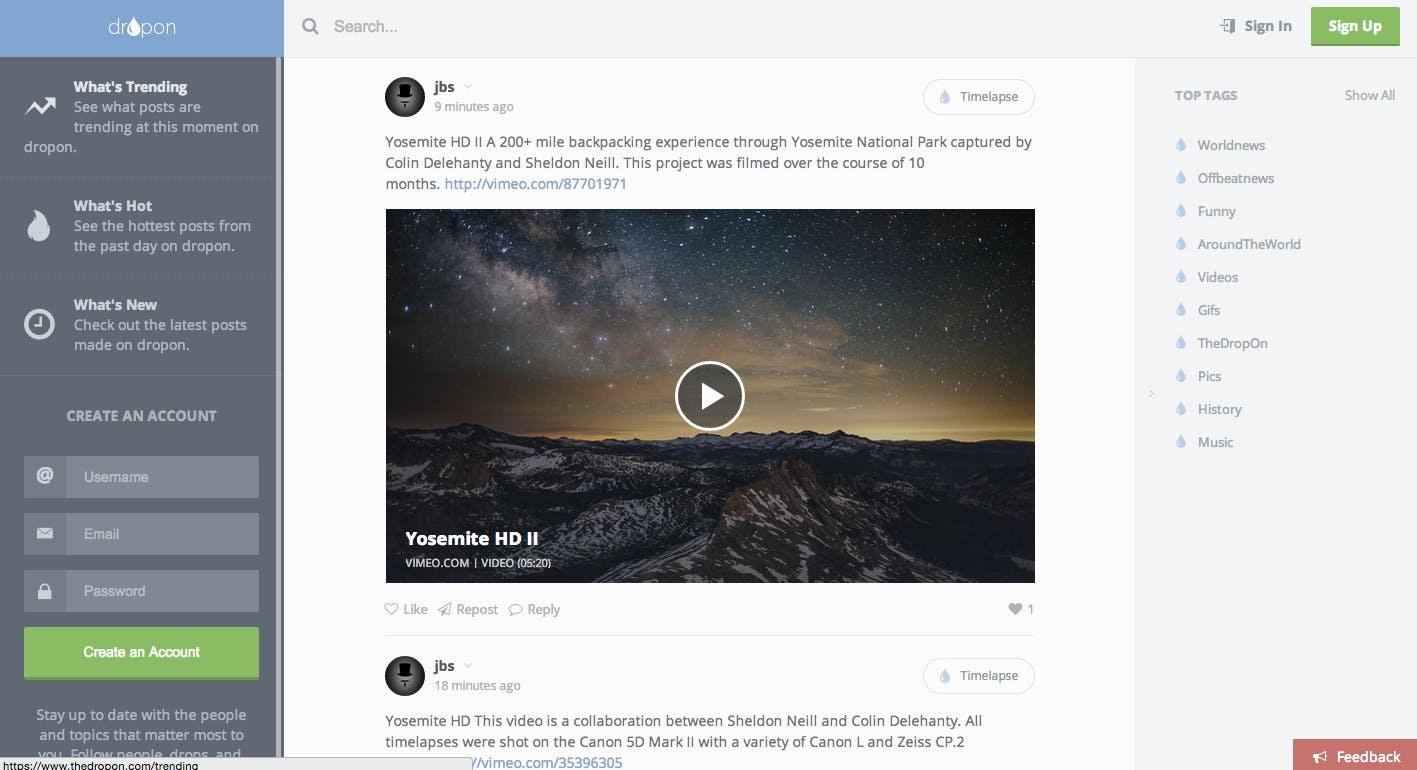 Dropon’s privacy assurances come as the debate about online privacy continues to grow.  But the company’s challenge, like all social networks in their infances, will be getting new members to join.

And even then, will Dropon be distinct enough to keep them? Or will new users just go back to where they came from?