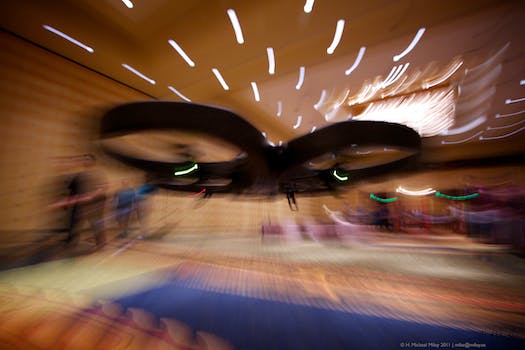 What could possibly go wrong!

In December, TGIFriday’s released their “Mobile Mistletoe” drones in select stores, a cute novelty for which one customer left a glowing (red) review: “It literally chipped off a tip of my nose.”

Now, a service gap in Singapore—the food and beverage industry lacks nearly 7,000 employees, according to the BBC—has forced one restaurant to try to bring drones back into food service. Not as novelty roaming mistletoe, but as waiters.

As the government restricts the low-cost foreign labor traditionally relied upon by Singaporean restaurants, Infinium Robotics steps in with a fleet of drones they say use infra-red sensors and onboard cameras to avoid the type of nightmare we saw a few months ago at TGIFriday’s. The technology will hopefully facilitate the safe movement without drone on drone collisions and the drones will travel predetermined paths.

So far, it’s just the Timbre Group’s various restaurant chains that will employee Infinium Robotics’ flyers—managing director Edward Chia will purchase 40 for use in his six local establishments.

“We still want to have that human touch,” says Chia. So waiters, don’t sweat losing a job just yet. The drones will take food from the kitchen to serving stations, leaving the actual delivery to the old fashioned servers.

Hopefully that’s enough to ensure customers leave their tips in cash, not noses.